Do Women and Men Experience Emotions the Same Way? 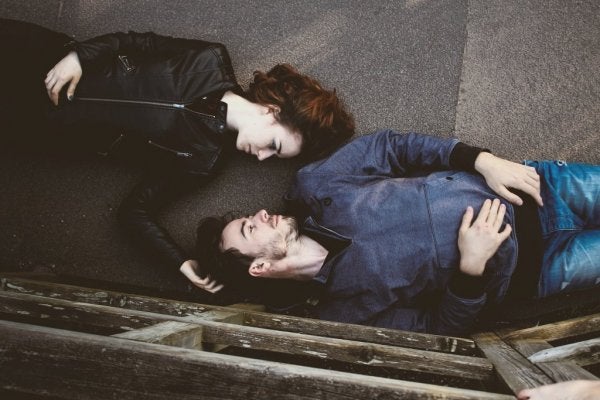 After reading the title of this article, you may have gone through your memories and realized that there are many differences in the way men and women act. However, the important thing is not how each gender expresses itself. The true question is, do men and women experience emotions the same?

Studies carried out by Dr. Gottman conclude that men and women experience very similar feelings, despite finding differences in how the genders express emotions. Other studies, conducted at the University of Cambridge in England by Professor Cohen, discovered that male and female brains are structured differently.

Women’s brains are coded for empathy. Meanwhile, men’s brains are structured for the understanding and construction of systems. These differences become increasingly visible when children grow up. This is especially so after adolescence when testosterone levels increase and create more differences.

That’s why women’s brains are more prepared to read expressions or moods. However, men’s brains are better able to see structures and systems. This does not mean, of course, that men can’t understand people’s emotions or women can’t build structures. It just means that the male and female brains are predisposed to certain activities. It will take more conscious effort to do what it’s not so predisposed to do.

Can you learn how to express emotions?

Genetics and environment have an almost equal influence over our behavior. We do come with a brain prepared to capture certain types of stimuli. But our environment also predisposes us towards one thing over another.

Our ancestors leave their mark on us and every generation to come. In most societies, the man was the one who had to go hunt for food and work for his family. Although he felt pain when leaving, he had to hide his emotions. After all, he had to fill his role of masculinity in the group.

Dr. Fisher also states that women, on the other hand, had to stay home and care for their children. Thus, their empathy is more developed. They needed to be perceptive in order to quickly pick up on the needs of their children and family.

The brain has been structured like this, perhaps not by feeling, but by having to express emotions. Today things are different, but not so much different in some parts of the world. We’ve seen an effort to change the education system to ensure more equal opportunities. More kids are being taught about emotions now that emotional intelligence is seen as a very important quality in young people.

More differences in expressing than in feeling

We can conclude, then, that although there are small differences between the male and female brains, we find the most stark inequalities in how we express emotions, not the way we feel them.

We as adults play a very important role in education. And it’s our responsibility to ensure equal opportunities for men and women. We must consider the potential of the person and not use differences to justify stereotypes and prejudice.

Then, we will all be able to feel and express the same way. We could lose the idea that not expressing emotions means we’re strong. Really, knowing how to express them is what makes us human, regardless of whether we are men or women.

7 Invisible Forms of Sexism
Nowhere is safe from sexism. Every day, women face insinuations or biased attitudes that may go ignored by most, but absolutely are attacks. Read more »
Link copied!
Interesting Articles
Wellness
The People Who Are Always There for You Need Attention Too

Some people are like guardian angels, always by our side to give us care and attention. They make our lives…

Perhaps we all know what happiness is, but defining it takes work. What is happiness? What is it made up…