Friendships - How They Develop Over a Lifetime 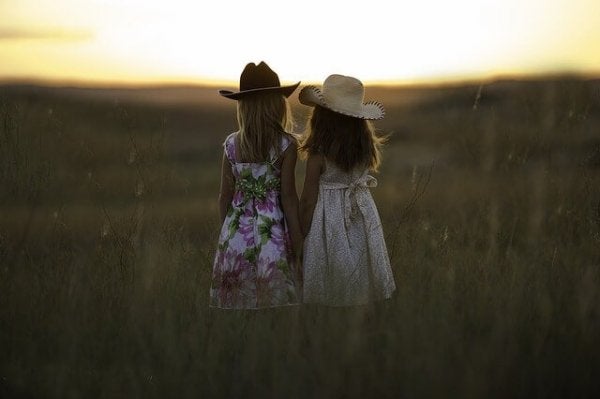 Friendships play a fundamental role in our lives. We all want to have emotionally significant relationships with people we can trust. We need other people to develop properly and have an enjoyable life. But what exactly is friendship? What are these relationships like over the course of our lives?

According to Sternberg’s theory, friendship is an emotional relationship based on trust and commitment. However, what each individual thinks about friendships varies widely. This is due to constructive factors that exist around the concept. Each person’s subjectivity has a significant influence and alters the criteria that define friendship.

In general, adults believe that friendship isn’t a unidirectional relationship. Most adults think that it must be bidirectional. Friendship implies mutual psychological satisfaction. We categorize this satisfaction by the comprehension of both parties’ feelings and thoughts. Children, on the other hand, have very different ideas about friendship. Next, we will talk about how friendships evolve over the course of our lives.

According to Damon and Fuentes, friendship has different stages, each with specific characteristics.

We are referring to the period of time between 0 and 2 years of age. During this stage, it’s hard to talk about friendship in the strict sense, but we have the first approximations of a social life. Studies show that small children start and maintain more interactions with people they know than with people they don’t. This preference implies that children trust people they can identify.

Friendships during the preschool years

The preschool stage is between 2 and 6 years of age, right before starting elementary school. At this age, children understand and analyze friendships from an egocentric point of view. They don’t differentiate between their own perspective and the perspective of others. That’s because they haven’t yet developed a theory of mind.

Consequently, these friendships are characterized by unstable encounters. Interpersonal conflicts are common, and can easily lead to the end of the friendship. Generally, children are friends with those who live close to them, or with classmates.  In summary, they are unstable relationships based on proximity. By and large, parents and caregivers control and direct children’s friendships at this age.

This stage begins when children start school and ends when they reach adolescence, between 6 and 12 years old. These friendships are characterized by maintaining a relationship of cooperation and mutual help.

At this age, children start to understand others. They give up their egocentric vision of friendship. Now, they choose friends who show affection and concern for their needs and demands.

In this stage, the concept of friendship is very similar what most adults think of as friendship. These relationships tend to be longer-lasting. If children maintain friendships from this stage until adolescence, they can have a close and highly emotional bond.

This period starts at about 12 years of age and lasts until the age of 18. Adolescents have the same concept of friendship as adults. They see friendship as a long-lasting relationship based on mutual understanding. Affection and emotion play a primary role.

In this stage, friendships become much deeper. Friends start to express loyalty, trust, intimacy, and sincerity. Friends choose each other based on psychological characteristics and similar interests and hobbies.

From adolescence on, a multitude of shared experiences enriches the friendship. Distance and occasional conflicts cease to be a barrier to keeping and enjoying the emotional bond between friends.

According to this classification, friendships change over time. They are influenced by the evolutionary development of the individual. That being said, we mustn’t forget that friendship is a subjective concept. Each person has their own idea of what friendship is due to many variables. The important thing is to understand what friendship means to you so you can relate to other people in an appropriate and satisfying way.

Learning about Cognitive Development in Children through the Eyes of Piaget
Jean Piaget was one of the leading minds in the study of children's cognitive development. Read on and find out if today's theories still agree with his. Read more »
Link copied!
Interesting Articles
Friendships
Does the End of a Friendship Hurt As Much as a Breakup?

Passive-aggressive friends are bad company. Even so, it can be hard to leave them behind, to say goodbye, to tell them that they make everything difficult, that their friendship is painful,…