In recent decades, human life expectancy has increased a ton. That has brought with it a change in our understanding of old age. Could 85 really be the new 65? Learn more about it in this article! 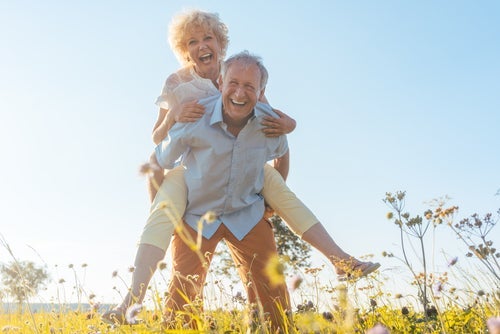 Think about the stereotypical image of an old person: isolated, at home enjoying their well-earned relaxation as they look at their garden or play bingo, at the age of 60. But is that right? The number of people over 85 has shot up 231% in the past three decades. So could 85 be the new 65?

More importantly, not only is life expectancy going up, birth rates are also going down in many places. This inversely proportional relationship is a sign that we’re living in a time that will require us to change the way we think about family and social structures.

Old people are a thing of the past… They’re nothing like the old people of today. A few decades ago, if you saw a news story involving someone between 60-65, they would always use the word “old” or “elderly”. But times have changed, and old age is changing with them.

What we used to think of as “old age”, which included everyone from geriatrics, late-middle-aged adults, and the extremely elderly, was a kind of stereotype that consisted of a series of particular characteristics defining old age.

If an old man wore jeans and tennis shoes, they were acting like a teenager. Or if an old woman put on makeup and wore heels or a colorful blouse, she must have been confused or trying to compete with her daughter. And God forbid she wear pantyhose, especially colorful ones…

Old age is really changing right now. Hitting 60 or 65 isn’t the beginning of the last phase of life anymore. Nowadays, people over 60 still have up to 20-25 years of active life ahead of them. When the boundaries of life stretch in that way, it changes everything: life goals, relationships, sexuality, work, and pleasure.

People are also very health-conscious now. They may play sports or do exercise three or four times a week or at least go on 30-minute walks. Gyms are gaining more and more members over 60. They’re just like everyone else: working on their abs and glutes and trying to eat healthily and follow low-cholesterol and low-fat diets.

Advances in plastic surgery can also help them get great abs, big breasts, firm eyelids… Then there’s Botox, which can smooth away their wrinkles. That’s not all: they can dye their hair (this goes for both men and women), use creams, and wear trendy clothes. How could we label someone who’s just 60 old nowadays?

The changes involved with 85 being the new 65

In this new era, men have no problem using anti-aging creams and some people even get tattoos! Women work on their appearance to look seductive and don’t hold back when it comes to trying to find a partner. They go to the gym and tone their glutes, wear sexy dresses, etc.

Viagra culture has rejuvenated sexuality in “old age”. Thus, we’re seeing lots of new couples forming after a partner dies or they get separated. Romantic partner structures (and therefore family ones) are going from until death do us part to until life do us part. After all, living longer means more time for the relationship to go sour.

This higher life expectancy is partly due to technological medical advances. There are MRIs, CAT scans, and all kinds of medications that can prevent diseases and help treat them.

Basically, living longer leads many older people to form couples that end up joining two families. It also involves a more active sexuality. They’re active and playful, and are retiring at an age where they’re still relatively young, and disease, grief, and hospitalizations are still far away.

But these changes are also leading to crises. Living longer is a biopsychosocial, political, and economic challenge. In an age where 85 is the new 65, many of our traditional cycles are changing. Adolescence now lasts longer, and adulthood, marriage, and children are coming much later.

However, some social programs are collapsing due to this increase in life expectancy. It means maintaining the health of people over 80 through many check-ups, drugs, and hospitalizations. It also means that the government has to wait to start paying pensions due to how much longer people need to be able to get by on that money.

But besides those issues, a longer life expectancy also means having loved ones with you for longer and being able to spend more time together. This makes it especially important to cultivate your feelings and emotions and make them last. Now that heaven can wait, we need to create a happy, healthy environment here on Earth.

7 Keys to Healthy Aging
Statistics show that many more people nowadays are reaching the age of 100. What are the keys to healthy aging? Discover them here! Read more »
Link copied!
Interesting Articles
Social Psychology
12 Social Skills You Need to Succeed in Life