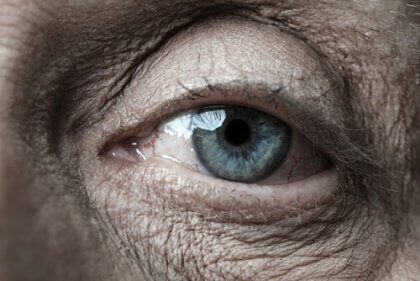 Our world is getting older. Life expectancy has gone up — quality of life, too. At the ages when we used to be getting ready to die, now we’re almost just starting to live. That’s why psychology and other branches of health are focusing more on older people.

Their bodies may have already retired, but still carry all kinds of worries and dreams. Whether they have grandchildren or not, increasing numbers of people are making it to 70 with the physical and mental capabilities they need to keep up a high level of activity. Time might have left plenty of wrinkles on their faces, but their muscles are still strong and their minds are still sharp.

This might be one of the biggest issues in modern society. It’s the feeling of being connected to everyone but also disconnected. It means superficial conversations about schedules and the weather.

Along these lines, older people silently suffer from the digital divide. What they see all around them is a world that’s hard for them to understand. It’s one that seems like a really steep hill when they look up at it. Phones, computers, and tablets are make it hard for them to find their place in the world.

In one way or another, it makes them feel excluded. It makes them feel very distant from their children or grandchildren because they can’t find a way to get close to them. They notice how screens give answers that back in the day they would have given as wise elders.

This invisible line is extremely deep. Our older population is used to telling stories, to speaking their mind. They’re used to calling on the landline, hanging up the phone, and feeling buttons that press in when you touch them. That’s the world they’ve spent most of their life in and learned to understand, but now it seems like it’s completely obsolete.

Why does this make them so lonely?

The real problem here isn’t the way things are now, which is obviously an obstacle, it’s also what it prevents. It prevents them from developing common interests or shared games with quiet moments. Now there’s a way of communicating that no one is naturally prepared for.

Getting older also means experiencing more pain. Pain for lost situations that they’ll never get back. A childhood where their world was full of endless wonder and mischief.

Their first girlfriend or boyfriend, their first true love, the friends they stayed up till sunrise with, their hungover days, or the journals where they wrote down pages full of dreams with one common denominator: excitement. Or their first job, their first paycheck, the first decision they made without looking back…

Older people lose things for natural reasons, but it can turn into a problem when they internalize the losses. When they feel like the scale is leaning heavier on the side of the things they can’t do than the ones they can. One unfortunate example is seen in nursing homes.

This, above all else, might be the biggest source of pain that older people deal with in today’s world. It’s not easy to talk about. It’s one that’s not easy to put words to.

That’s because it’s a sad reality and it’s really hard to bring up. In a lot of cases, it’s as taboo as the idea of teenagers and sex, and we all act like ostriches with our heads in the sand. We don’t step in. But if we did, and did it right, we’d be doing something beautiful and important.

The 3 big issues for older people

Loneliness, lack of understanding, and no help with their pain are probably their biggest issues — and they’re all related. But they’re also the places where you can be the most helpful to the older people in your life.

These three things are what causes a lot of the sadness you see in their faces. Unfortunately, a lot of older people are alone and feel alone before they die. They feel like the generations they took care of and watched grow up have completely given up on them.

They’d like to talk about it, but it also makes them feel like they’re too much. Like a burden, out of place. They want attention, but they don’t want to be another source of stress for their kids. So a lot of the time they end up saying nothing.

They feel like their problems, worries, and wishes aren’t important anymore. Like their family members worry about them getting sick, but not about much else. Like their body is all that matters now and not their soul.

The way our world is set up, nursing homes are necessary. They play an important role because they make sure older people get attention. But let’s not lock the door from outside. We have to keep seeing them as capable, now matter how limited their physical abilities are.

It’s not just about visiting them. It’s about asking them questions and letting them talk about their fears without cutting them off. It’s about being their advocates — even their readers and writers if they want. We have to make them feel like they’re important to us, like we don’t see them as a burden, and instead like we feel lucky to have their company.

By doing that we won’t just be helping our older relatives feel like a part of society (which also means feeling like part of the family). We’ll also be showing future generations that the human part of life, no matter how much technology we have, should never, ever go away. Especially not for the people who need it the most, the people we love.

What Does the Well-Being of Older Adults Really Depend On?
One fundamental factor in the well-being of older adults is self-acceptance. Self-acceptance is the knowledge and acceptance of your positive AND negative aspects. Read more »
Link copied!
Interesting Articles
Culture
How Friends Defined a Generation

The sitcom Friends defined a generation of young people. It first aired in 1994 and tells the story of six twenty-something friends who get…

Culture
The Power of the Duchenne Smile

Some say that the Duchenne smile is the most genuine smile. Its magic dazzles us and transmits positive emotions. Thus,…