Do you know the difference between white lies, compulsive lies, and pathological lies? Why do we justify some lies and condemn others? The kind of lies you tell says a lot about who you are. 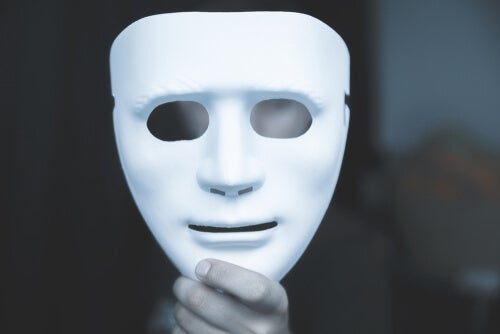 Few things generate as much mistrust as lying. Ask anyone, and they’ll tell you that no one enjoys the company of a liar. However, some lies are socially acceptable. We call them white lies and everyone uses them to some degree.

In a study from the University of Massachusetts, researchers showed that 60% of adults are incapable of talking for more than ten minutes without telling a lie. To make matters worse, that’s when they’re speaking to someone they know. If it’s a conversation between strangers, that escalates to three lies in the first ten minutes.

It’s an uncomfortable truth, then, that humans seem to be born liars. The aforementioned study was conducted before social media platforms were even invented. Facebook, Twitter, Instagram, and other apps have probably bumped these numbers even higher. After all, they give people more chances to lie and the lies reach an even larger number of people.

Many people place the blame on digital media and fake news. While they might be partly responsible, what we know for sure is that they amplify the existing human tendency to lie. Psychologist Paul Ekman, an expert on facial expressions, argues that lying is one of the central traits of human life.

Almost as soon as children learn to talk, they start using language in a deceitful way. They start at ages two or three with very simple lies. By the age of four, they can come up with much more sophisticated lies. This may seem like a negative thing, but developmental psychologists tell us that these abilities are a sign of social intelligence.

Telling white lies comes naturally to children (and adults, for that matter). They’re relatively inoffensive, people usually tell them to safeguard their own feelings and others’ feelings. You might say that little white lies are the grease that helps society’s gears turn smoothly.

So, everyone lies, which means that you can’t divide people up based on whether they tell the truth or not. Instead, we differentiate between the kinds of lies people tell. From saying “I’m fine” when you actually feel terrible, to making up an excuse for your tardiness, to a cruel and self-serving lie, humans resort to an entire spectrum of types of lies.

Some argue that the need to fit into other people’s expectations is what motivates people to lie. Not to mention that this society is full of contradictions. You tell children not to lie, but you also tell them to pretend to be excited about their present from Grandma even though they don’t like it.

Society would probably collapse at our feet if we couldn’t trust the people around us not to lie. However, the same might happen if everyone always told the truth.

Some people decorate their lives with an endless series of anecdotes, facts, or stories that are either embellished or completely false.

People who do this are addicted to their own fantastic stories because they’re deeply insecure. Usually, the only people hurt by compulsive lies are the liars themselves.

These kinds of lies are the most sinister. They’re cold and calculating, and people who tell them have concrete goals and interests, usually selfish. They’re manipulative and astute. Pathological liars base their lives around their deceits. And unlike white lies and compulsive lies, they negatively affect other people. Pathological liars can deeply hurt their victims.

Studies show that pathological liars have more white matter in the prefrontal area of their brain. In general, white matter is linked to faster connections, greater verbal fluidity, and faster thought processing. People with more white matter also have problems with empathy and little activity in the areas of the brain related to emotion.

Most people don’t like to lie. We use white lies to protect ourselves or protect others. At least that’s what we’d like to think. At the end of the day, each one of us has to deal with our own internal debate about whether or not to tell the truth and decide which choice makes the most sense in the situation.

What are Blue Lies and Why do We Believe Them?
A study examined the origin of blue lies, a form of lying among adults that are promoted, supposedly, for the common good. Read more »
Link copied!
Interesting Articles
Social Psychology
Theory of Mind: The Key for Interpersonal Connection