Do you know why the White Matter in our Nervous System is so Important? 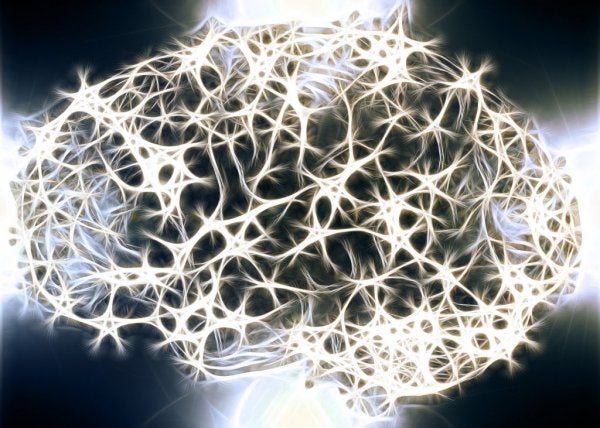 sOur white matter is responsible for transmitting information throughout the entire central nervous system. Its name comes from the color of the white myelin sheaths around it. Myelin helps electrical information to travel quickly from one neuron to another, and it covers the axons of neurons.

In the brain, the white substance is located below the gray matter, which is the cerebral cortex, while in the spinal cord it covers the gray matter. Axons send sensory and motor information to the appropriate place, creating white matter. Although in the past it just sent information, it seems that it is also takes care of other processes.

Location of white matter in the central nervous system

Specifically, white matter in the cerebral hemispheres is made of three different types of fibers:

Its relationship with cognitive functions

Traditionally white matter was associated with processing speed, but in recent years  experts have looked at how it relates to other cognitive functions, since its degeneration seems to impact them. There are many studies that have looked at the role of white matter in language, memory or attention.

Diffuse axonal damage is often the result of a traumatic injury that involved acceleration-deceleration or rotation. It is one of the most common causes of illness in patients with traumatic brain injuries, usually caused by car accidents. It consists of various focal lesions in the white matter about 1-15 mm apart.

The result is in an instantaneous loss of consciousness. More than 90% of patients who suffer from it remain in a vegetative state. It does not cause death, since the brain stem continues to function and is in charge of the vital functions of the body. It is responsible for the majority of changes in attention, memory, processing speed and changes in moderate and severe cranioencephalic traumas.

The trauma creates stretching, twisting and ruptures in the axons and cerebral capillaries causing microhemorrhages. From the clinical point of view, it produces confusion, loss of consciousness, or coma, depending on the severity, since the trauma interrupts these. The degree of disconnection marks the severity and duration of the coma and the presence and duration of post-traumatic amnesia.

Neuro-psychologically, diffuse axonal damage impairs the ability to perform new learning and causes changes in attention, speed of information processing and executive functions. Frontal functions alter because they require all cortico-cortical and cortico-subcortical circuits, and these are the ones that are affected.

Diseases that cause the degeneration of white matter

There are different diseases that occur due to degeneration of white matter and that can have serious consequences at the cognitive, motor and sensory levels. One of these is Binswanger’s disease. Here, external cerebral functioning is usually normal, but the gray substance to white matter ratio is usually low.

Binswanger’s disease occurs when axons lose their myelin. The usual symptoms are slow thinking, memory changes, confusion, apathy and loss of interest in the environment. Walking in small steps or an unsteady gait with falls are early signs of the disease.

Leukodystrophies are also disease that affect white matter. They are a group of genetically determined diseases that produce alteration in myelin metabolism. The most common clinical manifestations are tetraplegia, ataxia, blindness, deafness and cognitive impairment. They are progressive and begin in childhood.

As we have seen in this article, white matter is a fundamental part of our nervous system. It conducts the information our brain receives, but it is also a channel of communication which gives orders to different organs. A good amount of white substance that is in good condition especially helps our attention and the speed with which we perform different cognitive processes, such as decision making or the acquisition of new learning.

When Brain Damage Doesn’t Take Your Loved One Away, But Changes Them Forever
When brain damage doesn't take your loved one's live, but changes who they are forever, you're in one of life's most difficult paradoxes. Read more »
Link copied!
Interesting Articles
Behavioural Biology
Neurotransmitters: Types and Functioning