When Norms You Don't Even Know About Are in Control 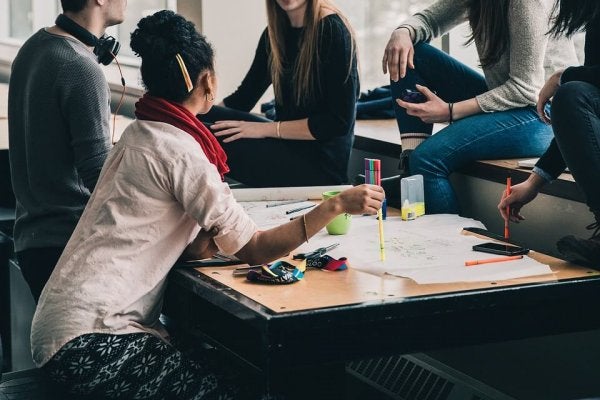 Norms are ideas. They’re ideas that live in our minds and tell us what we’re supposed to do. They can also express what we’re expected to do, and in general, they’re shared. All groups have norms and they’re not harmless. They can actually play a big part in how each member of the group feels, thinks, and acts.

When group identity is important, group norms will guide people’s behavior. For example, you’re walking down the street and you run into a homeless person asking for money. Maybe you give them some, maybe you don’t. But if you’re part of a charitable or religious group with a giving norm, you’ll probably give them some. You’d do it because the act of giving is a norm in your group.

“Our heritage and ideals, our code and standards – the things we live by and teach our children – are preserved or diminished by how freely we exchange ideas and feelings.”

How norms come about

A group might explicitly decide on its norms, an agreement between the members. They can also come about from the way people behave. When the other members imitate certain behaviors, they become group norms. Group members might imitate them either because they have some purpose or because they help the group survive.

But these aren’t the only ways norms come about. They can also develop in a much less democratic way. Sometimes it’s the leader of the group who chooses them.

It can also be a prototypical member of the group who unintentionally creates them. This happens when a particularly representative member stands out for thinking, feeling, or acting differently. This leads to tension that gets resolved when the other members make that new behavior a norm.

The two kinds of norms

There are two kinds of norms that can exist in a group: descriptive and prescriptive. Descriptive norms are the ones that have to do with what group members do in any given situation. When you don’t know what to do, you look for help in how other people behave. That’s why you might end up imitating them. Then, if they support you after you imitate them, you’ll likely keep doing it. Therefore, these norms form when people imitate the most important members in the group.

Prescriptive norms have to do with what group members approve or disapprove of. These tell you what you can and can’t do. They’re like morals: they show you what’s right and what’s wrong. Groups motivate these norms through their own rewards and punishments. They punish anyone who doesn’t follow them and reward the people who do.

“I don’t think I will ever do a sex scene because of my religion and my personal standards.”
-Jon Heder-

The function of norms

There are certain purposes worth mentioning when it comes to their social function. One of those is that they regulate relationships between the members. They tell you how to act around everyone. They also make it clear what the group’s functions and goals are. Lastly, they help maintain group identity.

But norms, like rules, are there to be broken — at least some are. Group members will always have the option not to follow them. When this happens, most groups have people who try to stop them. What they usually do here is vilify the members who don’t respect the norms. On the other hand, members who do respect the norms (perfect prototypes) come out on top.

We call this the black sheep effect. The point of vilifying them is to get rid of group members who make a negative contribution to their social identity. There were two recent examples of this in Spain.

When some Catalonians mobilized for independence, they were breaking the norms. Some people (not everyone) with a national identity reacted by vilifying them. They put themselves on the side that wanted Spain to be one united country.  The opposite happened too: some Catalonians with a strong Catalonian identity vilified advocates of a unified Spain. Of course, if you look at the news, you’ll see that the issue has not been resolved yet.

“When somebody goes outside the cultural norms, the culture has to protect itself.”
-Robert M. Pirsig-

Social Identity: Why We Feel The Need to Belong
Social identity is the measure of how we identify with a group or a movement. But it is also a lot more than that. Read on to learn more about social identity. Read more »
Link copied!
Interesting Articles
Theories
The ABCs of Human Instincts

Psychology
The Ancient Greek Cure for Depression and Anxiety

The Ancient Greek cure for depression and anxiety is based on an interesting holistic approach, a well-known lifestyle known as…