Collective Narcissism - Groups Who Love Themselves 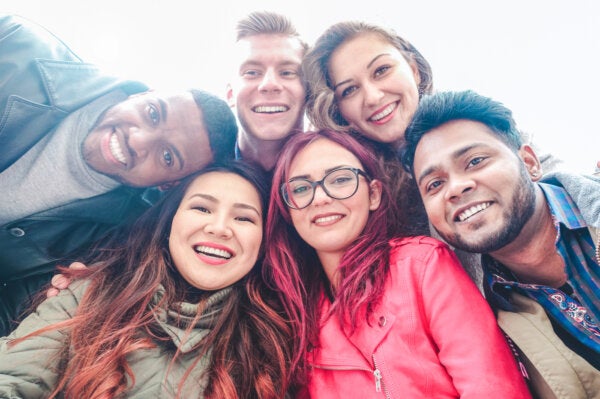 Narcissism is a behavior or mania manifested at an individual or group level (collective narcissism). This adjective comes from the mythological character Narcissus. It refers to a man who prides himself as beautiful, is in love with himself and takes care of his appearance too much. In the myth, Narcissus is a young man of singular beauty who awakens passions in mortals and gods alike. This is not reciprocated due to the inability of the man to acknowledge and love the other person.

Upon seeing his own face in a reflection in the water, Narcissus is enraptured and cannot stop complimenting himself. The young man stops taking care of his own basic needs, absorbed in his reflection. Eventually, he transforms into a beautiful and bad-smelling flower, the narcissus.

Narcissism is associated with a grandiose, inflated self-image. Narcissistic people think that they’re better looking, smarter and more important than others. Thus, they believe that they deserve special treatment.

Narcissism is a type of personality that can lead to a personality disorder. This disorder affects 1-2% of the population, being more common in women. The traits associated with the disorder correspond with a grandiose view of oneself, problems with empathy, and feelings of self-sufficiency. These individuals require constant admiration and attention. These traits take over and end up causing the individual a lot of different problems.

While the causes of narcissism are varied, some of them are social. Narcissism is usually greater in cultures that value individuality and self-promotion. This narcissism is also applicable to groups. In order to discover how this happens, you have to think about love, the love a group has for itself.

But, what happens when narcissism is shared by a group? Usually, people belong to various different groups: nationality, gender, religion, etc. Belonging to these groups implies a degree of involvement that can be greater or lesser. When the involvement is very high, it’s often said that the person identifies a lot with their group.

The rules and values of the groups will condition some behaviors through reinforcement. In a certain situation, we can act in various different ways. However, if the rules of the group dictate a specific behavior, we’ll tend to stay in line.

Therefore, imagine that we’re talking about someone who belongs to a group they greatly identify with. If this group values behaving in a narcissistic way, it’s likely this person will develop narcissistic behavior. In fact, all of the people in the group, or at least the ones that identify with the group, will behave like narcissists.

In this situation, this group or community will be narcissistic. What will develop is what psychology calls collective narcissism. Collective narcissism is defined as a great emotional investment in an unrealistic belief that alludes to the exaggerated greatness of the group to which one belongs. To the same extent that people can idealize the “self”, they can idealize social groups. They can set themselves apart from other groups.

The dark side of collective narcissism

One of the traits of narcissism is having inflated beliefs of superiority which require continuous external validation. Imagine someone who believes themselves superior to everyone else and needs to be reminded of it all of the time. When this doesn’t happen, when other people criticize them or doubt their superiority, the outcome will probably be rage. This rage can be accompanied by aggressiveness and violence.

In collective narcissism, the members of the group think that their group is much better than the rest. If people belonging to other groups don’t recognize or question this, the result would be the same. The group will feel threatened and its members will react with rage. This could lead them to use violence against those who don’t recognize their superiority.

Plus, narcissistic groups are often very sensitive and perceive or imagine threats around every turn. Collective narcissism is associated with attacks towards other groups when someone perceives that these other groups are threatening their image. At the same time, collective narcissism increases the chances of a situation happening between groups. These include a disagreement, confrontation, debate, etc. It also increases the chances of any of these events being interpreted as threatening.

The solution for narcissism

We all know of groups with historically narcissistic traits. Also, we all know the consequences of a group with a lot of power having delusions of grandeur. For example, we don’t have to look too far into the past to remember the misdeeds of Hitler’s followers in Nazi Germany.

The solution of collective narcissism is complicated since the variables of change within a group of people can be much more sensitive than those of individuals. This could make one mistake in this aspect lead to fatal consequences. Attachment, empathy, being close to people and making them understand that no one is superior to anyone else are always options that, when applied correctly, generate positive results.

Is Narcissism Self-love or Selfishness?
Is narcissism self-love or selfishness? It's a topic with a lot of blurred lines. Read more »
Link copied!
Interesting Articles
Psychology
6 Ways to Stop Intrusive Thoughts

Guy de Maupassant once said: "A sick thought can devour the body's flesh more than fever or consumption".  Everyone has negative thoughts…

We're all born with a little bit of unconditional self-love, but over time we start to lose it. It takes time…

Psychology
Compliments Are Winds Which Threaten to Drag Us Down

As we grow older, we gain independence. Within a few months, we can move around by crawling. When we reach the…

Psychology
My Father Taught Me How to Walk Through Life

Children don't come with instruction manuals, but my father overcame every obstacle and difficulty to rise up and become the wisest…