The simple act of repeatedly exposing oneself to a certain stimulus makes it a whole lot more enjoyable. This is what the unique mere-exposure effect is about. 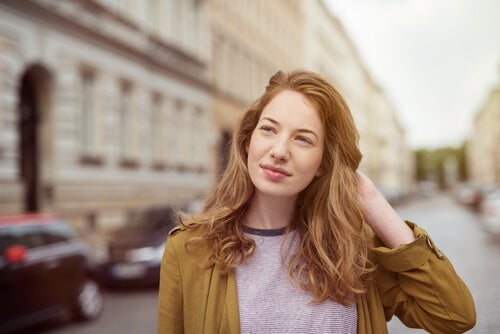 Has it ever occurred to you that you started liking that song you used to hate because you had to listen to it repeatedly? Have you ever noticed how, the more time you spend with a person, the more pleasant they become? This is what the mere-exposure effect is about, which is currently highly relevant in the study of human preferences.

Also known as the familiarity principle, this effect explains why, by repeatedly exposing ourselves to a new stimulus, our response to it becomes more positive.

In short, it reflects our affinity for situations, people, or objects that are familiar to us. But what factors influence the appearance of this phenomenon? Continue reading to discover more about how it works.

The effect of mere exposure in research

Robert Zajonc is one of the authors who studied this particular psychological effect. Since his first investigation in 1976, he proved the presence of this preference in the face of stimuli of a very diverse nature.

Words, sounds, photographs of faces… In all cases, the subjects seem to favor those who are most familiar to them.

Researchers conducted a study to test the influence of this effect on the predilection for certain foods. For this, they gave a group of students several tropical juices they didn’t know until that moment. Some tried them five times, others 10, and others 15. When asked which ones they liked best, there was a clear tendency to judge those they drank the most as more positive.

Other scientists obtained the same results in research about interpersonal attraction. The more often you see a person, the more sympathetic you’ll be toward them and the more you’ll enjoy their presence.

But one of the most interesting aspects of this effect is that it isn’t necessary for the person to perceive familiarity in the stimulus. Moreover, the effect seems to be enhanced under subliminal conditions.

Zajonc conducted an investigation in which he showed various images of Chinese characters to the participants. The exposure time to each symbol was so short that the observers couldn’t make out what they saw.

The researchers told the subjects that the characters represented adjectives and asked them to evaluate whether they had positive or negative connotations. Invariably, the participants in the test group scored the symbols they had already seen higher.

Obviously, brands take into account the effect of mere exposure in their advertising campaigns. Familiarity with a logo, a slogan, or a corporate image can make you choose that particular product.

This mental way of working would explain why, when you go to new cities, you’re more tempted to go to the franchises you already know… despite your desire to explore the local market.

What causes the mere exposure effect?

Fechner was the author of the first known study on this phenomenon. This German psychologist, the father of some current psychophysical theories, offers an explanation for this effect. People tend to react with fear or anxiety to new elements.

However, this “newness phobia” fades away as you repeatedly expose yourself to the no-longer-new stimuli. This natural tendency to be suspicious of the unknown even becomes a pleasant feeling of familiarity when you have more contact with such an element.

However, you must keep in mind that you can get bored if repeated exposure to the stimulus becomes excessive. Satiety is a condition that limits the impact of this effect. If you eat the same thing every day, you’ll end up hating it. And if you watch the same movie every day, it’ll lose its charm.

Therefore, this principle of familiarity is the foundation of many of your preferences, even if you’re not aware of it. Regardless of your greater or lesser taste for adventure and risk, several of the decisions you make daily are mediated by this effect.

The products you buy, the places you frequent, and the people you like can all be affected by this principle. Therefore, it’s convenient to be aware of its influence on your mind.

You: Falling in Love with a Stalker
Why does You give us so much to talk about? Unintentionally, it's almost more terrifying than any scary movie or series. Find out more here! Read more »
Link copied!
Interesting Articles
Social Psychology
What Are Behavioral Addictions?