Anandamide: A Neurotransmitter That Influences Happiness 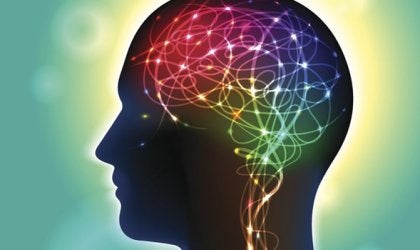 Anandamide is a compound our body produces. Interestingly, this substance has properties that are very similar to THC, which is the active substance in marijuana. Therefore, many say that this neurotransmitter is a “natural marijuana” that the human body produces.

Anandamide exerts an effect similar to that of marijuana. It’s very relaxing and calms and regulates the cardiovascular system. It also generates feelings of happiness. In fact, its name comes from the word “ananda”, which means “bearer of peace and inner happiness” in Sanskrit. It’s present in the human brain and chocolate.

Scientists discovered this substance in 1992. They defined it as a weak molecule with short-term effects on the body. In addition to its sedative effects, it also improves the functioning of the respiratory system and influences our cognitive functions.

“Happiness often sneaks in through a door that you didn’t know you left open.”

The brain synthesizes anandamide. It works in the same areas that are associated with memory, higher cognitive processes, motivation, and movement control. Scientists have discovered that it’s able to decrease the sensation of pain. In addition, it intervenes in the regulation of appetite and feelings of reward and pleasure.

Researchers conducted a study with mice in 2017. The scientists injected mice with a dose of anandamide. Their behavior changed after this. When faced with cognitive problems, they were more interested in finding a solution and more skilled in doing so.

Some people think that science hasn’t yet been able to identify all of this neurotransmitter’s properties and effects. Some have suggested that it could be a good therapeutic aid for psychoactive addicts. However, there’s not enough evidence to back this up.

The effects of anandamide are short-term and very intense. Therefore, it positively influences different parts of our brain and body. Its main effects are:

How to increase anandamide levels

The simplest way to increase anandamide levels is by eating dark chocolate. This food contains a significant amount of theobromine.

Scientists assume that this substance stimulates the production of this neurotransmitter in the brain. Dark chocolate contains a lot of theobromine. In addition, the effects are even greater if you chew cocoa husks.

On the other hand, in 2015, a team of German researchers conducted a study related to this subject. In this study, they discovered that exercise facilitates the production of anandamide. Therefore, they concluded that this neurotransmitter is the one responsible for producing a sense of happiness after physical activities, not endorphins.

In addition, black truffles also contain natural anandamide. Likewise, scientists have agreed that meditating contributes to the natural production of various substances such as anandamide, serotonin, dopamine, and endorphins.