The CIA advanced Project MKUltra in its eagerness to control people. The purpose was to test cruelty methods on human beings to find the vulnerable points of their minds and figure out ways to control and manipulate us. 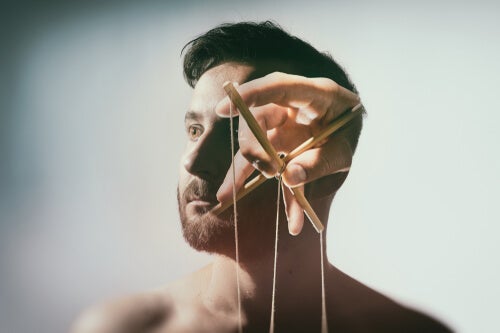 Even today, we shudder at the memory of the outrageous experiments carried out on human beings by the Nazis. Their purpose was to find mechanisms to control people’s minds. What few people know is that similar experiments with even darker methods took place in the United States. One of them was the CIA mind control program better known as MKUltra.

World War II represented a change in military strategy. Spying had never been so important. It all changed because the involved belligerents became aware of the value of their enemy’s information. They wanted to know how it contrasted with their own attack strategy.

Likewise, Hitler himself proved that he could control the human mind, that he could manipulate millions of people into doing things any person in their right mind would’ve rejected otherwise. So, at the end of the war, obtaining information and mind manipulation became one of the biggest concerns for the United States. Thus, the concept for Project MKUltra arose.

What was Project MKUltra?

It’s very difficult to know precisely what Project MKUltra was about. After the press found out about it in the late 60s and early 70s, the CIA ordered to destroy all of its files. The only thing that survived was a meager stack of documents.

However, it was precisely from that small database that some people reconstructed what happened. Also, several victims added their testimony to the investigative effort. However, strictly speaking, we’ll never know for sure how Project MKUltra arose. It contained 150 action lines and we only know of two or three of them.

The little information we know is that they experimented with the effects of psychoactive and neurological drugs on people. They used other methods as well and the so-called researchers applied them to thousands of human beings without their consent.

The purpose was to observe the effect of such drugs on people to discover if they could manipulate them into revealing what they knew or to determine if they could possibly lake them change their mind on command.

According to the available data, the people in charge of Project MKUltra provided drugs, such as LSD, in different ways and in different doses to determine how the “contaminated people” behaved.

They also tried other methods, such as electroshock and hypnosis. There was a lot of talk of “brainwashing” in the 50s when the project began.

We also know that the CIA tested the effects of various torture methods. Sometimes, they forced the “volunteers” to stay awake for several days while the controllers repeatedly played subliminal messages. Other times, they applied electroshock systematically or even synthetic drugs in high quantities.

The most appalling part of Project MKUltra was how the CIA tricked thousands of people into participating in it. Basically, they obtained their “guinea pigs” through two methods.

The first one targeted psychiatric hospitals. In them, patients were told they were volunteering for new experimental therapies. Of course, none of the inmates of these hospitals knew that the CIA conducted the experiments nor that several former Nazis were among the “experts”.

They didn’t only use metal patients in their experiments, but also other several thousand citizens that most would consider “normal”. They recruited them in the army, universities, public hospitals, brothels, hospices, and pretty much anywhere else they could.

Many people agreed to participate in said tests under the promise of a low monetary reward. However, they were never informed of the real purpose of such experiments.

Many of these volunteers didn’t survive the cruel experiments. Others ended up with permanent brain damage. The most publicized case was that of Frank Olson, in the United States. Also, the Canadian government ended up compensating hundreds of people to try to pacify the uproar.

People discovered what happened thanks to investigative journalism. Then, the US Congress formed a commission to investigate the facts. In the end, they merely managed to have the documents declassified in 1973. This is why the CIA ordered to destroy the archives.

Project MKUltra shows how far government agencies are able to go to get their way. Amazingly, these experiments didn’t take place within a dictatorship, but in this country that prides itself on being the champion of democracy in the world.

Now, the most disturbing question is, are similar experiments being conducted in other places we haven’t yet heard about?

Guilt is a complex feeling, influenced by many factors. You experience it as remorse, self-blame, and a feeling of personal indignity.…