What's the Link Between Depression and Academic Performance?

There's a close link between depression and academic performance. A student's emotions can clearly influence the environments that they live and work in. 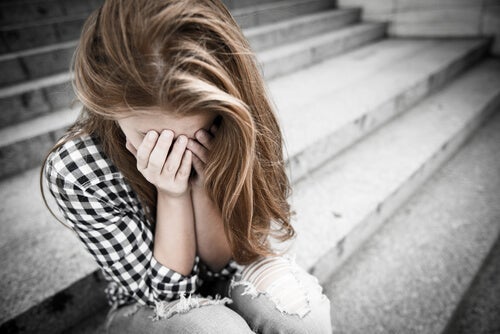 Letting apathy and sadness into our lives can have serious consequences on the rest of our lives, thus affecting several of the planes of our life. In today’s article, we’ll be looking at depression and academic performance, and, more specifically, we’ll look at, and try to understand, the relationship between these two factors.

The truth is that all of us, at some time or another, have seen how easy it is to sink into some type of depression. This common occurrence is usually accompanied by a certain social apathy, with fewer and fewer reasons to be motivated. This is the framework we’re going to analyze as we look at the relationship between depression and academic performance.

One of the factors that’s intrinsically related to the individual is intelligence. Now, when we speak about intelligence, we’re not only referring to intellectual intelligence. Psychologists such as Howard Gardner have written about the existence of multiple intelligences. For example naturalist, intellectual, interpersonal, and emotional, among others.

Each place will establish its own criteria in order to determine a student’s general performance. However, we can also evaluate the teacher’s work, coordination, and guidance, among other things.

Depression has been precisely defined by the Diagnostic and Statistical Manual of Mental Disorders. Major depression is when five or more of the following symptoms are present, for at least two weeks, causing a significant detriment to the person’s life. At least one of the symptoms must be a depressive state of mind or a continuous lack of interest or pleasure. Let’s have a look at the symptoms:

However, whether or not a person is suffering from major depression could be determined by subjective information or observation by others. In addition, their symptoms will cause clinically significant distress and interfere with important areas of functioning.

This condition won’t be attributable to the intake of any substance, nor is the person’s condition best explained by a schizoaffective disorder, schizophrenia, schizophreniform disorder, delusional disorder, or any other specified or unspecified disorder linked to schizophrenia and other psychotic disorders. In addition to this, they must have never had a manic or hypomanic episode.

Other depression-related disorders share some of the symptoms listed above. In this article, however, we’re focusing on major depressive disorder.

What’s the link between depression and academic performance?

Major depression has a profound impact on those who suffer from it, and this will have a direct impact on academic performance. This impact will vary, depending on different circumstances. Let’s take a look at the link:

Even if this relationship isn’t always there, the possibility still exists. In fact, there’s a lot of research on the association between depression and poor academic performance. For example, Franco Mejia, Gutiérrez Agudelo, and Perea, in their article for the journal Psicogente, observed a statistically significant relationship between depression and under-average or poor academic performance in Administration students at a Public University of Santa Marta, Colombia.

How do you deal with depression in the academic environment?

In order to deal with depression in an appropriate way, many people need to be involved:

If you realize that you have some or all of the above symptoms, and can see that this is affecting both your academic performance and other areas of your life, then seek help from a psychologist, psychiatrist, or therapist.

We’re often tempted to face more challenges than we can handle and to take on more responsibilities than we can respond to. This can be a contributing factor in depression.

Depression isn’t typical of so-called weak or unbalanced people. It actually has nothing to do with the person, but rather what happens at a certain time and under certain circumstances.

Depression in Historical Figures
Despite the fact that many historical figures suffered from depression, this didn't keep them from pursuing their dreams and achieving many of their goals. Read more »
Link copied!
Interesting Articles
Clinical Psychology
The ABCs of Psychological Trauma