Howard Gardner and the Theory of Multiple Intelligences 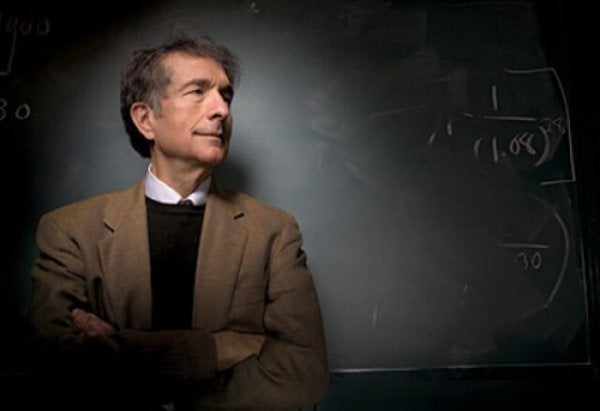 For decades, people thought that intelligence was one single mental function that determined our ability to problem-solve, especially in the logical-mathematical realm. But about three decades ago Howard Gardner questioned this idea. His alternative to this global concept of intelligence was the theory of multiple intelligences.

Like we said, it wasn’t long ago that only the logical-mathematical and linguistic parts of intelligence were measured and developed. But the theory of multiple intelligences sees cognitive competence as a group of  skills, talents, and mental abilities called “intelligences.” What’s more, everyone possesses these skills, mental abilities, and talents to some degree.

The theory of multiple intelligences sees cognitive competence as a group of  skills, talents, and mental abilities called “intelligences.”

A definition of intelligence according to Gardner

Gardner defines intelligence as “the ability to solve problems, or to create products, that are valued within one or more cultural settings.” First of all, he widens the playing field for what intelligence is and recognizes what people have always known intuitively.

And that is that some kinds of intelligence are related to academic success, but there are other ones, just as important, that aren’t. At least not directly, and not in the way intelligence has traditionally been measured.

In fact, the academic factor usually isn’t the best predictor of how far a person will go. There are people who score very high on traditional intelligence tests, but don’t, for example, have even the tiniest bit of skill when it comes to relationships.

In fact, what this theory of multiple intelligences advocates for is that we adapt our teaching methods to each person’s kind of intelligence. Adapting like that will even lower the costs of education (time, resources, energy).

Intelligence is a skill you can develop

Secondly and just as importantly, Gardner defines intelligence as an ability. It wasn’t long ago that people saw intelligence as innate and unchangeable. You were either born intelligent or not, and your education could do nothing to change that. As a result of this thought, not long ago people didn’t educate mentally deficient people because they saw it as pointless.

Defining intelligence as a skill means that it’s an ability you can develop. Gardner doesn’t deny the genetic component. Instead he argues that these “potentialities” will develop depending on a person’s environment, experiences, education, etc.

Intelligence is a skill you can develop. As human beings we all have the potential to increase our intelligence.

No elite athlete gets to the top without training, no matter how good their natural abilities might be. We could say the same thing about mathematicians, poets, or emotionally intelligent people.

That’s why, according to the multiple intelligences model proposed by Howard Gardner, we all have the potential to develop our intelligence, supported by our abilities and our motivation.

Gardner defines this intelligence as the ability to understand abstract relationships. We use it to solve problems in logic and math. It lines up with the logical hemisphere’s way of thinking, and with what our culture has always seen as the only kind of intelligence (Morchio, 2004:4).

According to Gardner (1999a) this intelligence deals with:

They can also estimate, figure out, and remember numbers and statistics (Armstrong, 2003) well. This is the intelligence of mathematicians, scientists, engineers, and logicians (Gardner, 1999a).

This is the most recognized intelligence in the learning and teaching of foreign languages. The reason is that it involves reading, writing, listening, and speaking (Morchio, 2004).

This intelligence implies having a special sensitivity to spoken and written language and the ability to use language be successful in many different areas. It involves being skilled at using syntax, phonetics, semantics, and pragmatic uses of language (rhetoric, mnemonics, explanation, and metalanaguage) (Morchio, 2004:4).

People with this kind of intelligence look extremely natural explaining, teaching, or persuading. Why? Because they use language very precisely. According to Armstrong (2003) they like to spend time:

Thus, this is the intelligence of lawyers, authors, poets, teachers, comedians, and speakers (Gardner, 1999a).

This intelligence includes “the ability to perceive musical forms” (Guzmán & Castro, 2005:185). It means the ability to easily compose, interpret, transform, and evaluate all kinds of music and sounds (Gardner, 1999a).

These people have a “sensitivity to rhythm, cadence, tone and timbre, and sounds from nature and the environment” (Guzmán & Castro, 2005:185). According to Armstrong (2003), they’re people who spend a lot of time:

To sum up, this is the intelligence of music lovers: composers, singers, sound engineers, musicians, music teachers, etc (Guzmán & Castro, 2005).

Visual-spatial intelligence encompasses the ability to shape and envision 2D and 3D images (Armstrong, 2000a). Also, it is the capacity to understand, manipulate, and modify the layout of both large and small spaces (Gardner, 1999a).

People whose highest intelligence is visual-spatial have an easy time remembering photos and objects rather than words. They notice car models, bikes, clothes, and hair (Armstrong, 2003).

Bodily-kinesthetic intelligence consists of the ability to use your body (all of it or just certain parts) to express ideas, learn, solve problems, carry out activities, or create products (Gardner, 1999; Morchio, 2004).

They’re the kinds of people who pick up physical skills quickly and easily. They love to move and play sports. To put it another way, their favorite part of school is recess or P.E. (Armstrong, 2003).

This is the kind of intelligence that’s usually very high in athletes, ballerinas, actors, surgeons, craftspeople, inventors, mechanics, and other technical professions (Gardner, 1999).

Interpersonal intelligence involves the ability to focus on things that are important to other people. It means remembering other people’s interests, motivations, worldview, personal story, and intentions. It often includes having the ability to predict their decisions, feelings, and actions (Armstrong, 2003; Gardner, 1993a; 2006).

People who have a naturally high interpersonal intelligence like to converse, learn in groups or pairs, and work or do things with people (Armstrong, 2003). They spend a lot of time helping people and signing up as volunteers for important causes (Armstrong, 2003). In addition, they’re “good social conflict mediators” (Guzmán & Castro, 2005:187).

They’re good communicators because they use both verbal and body language. They have a lot of friends, feel true compassion for people, and know how to motivate them (Armstrong, 2003). Hence, this is the intelligence of teachers, therapists, counselors, politicians, salespeople, and religious leaders (Gardner, 2006).

Naturalistic intelligence is defined as a sensitivity to natural forms and the earth’s geological characteristics. It involves the ability to distinguish and classify the details and elements of an urban, suburban, or rural environment (Morchio, 2004).

According to Armstrong (2003), these people enjoy:

This intelligence is most important for cultures that depend on hunting, fishing, and harvesting. This is the intelligence of natural and social scientists, poets, and artists. They can generally pick out details, and use and develop their perceptive skills in their work (Gardner, 1999a).

You might have existential intelligence, or a “big question” intelligence. But Gardner (2006) hasn’t confirmed whether it’s a true intelligence or not. While it satisfies almost all the criteria, it’s missing one. There is no evidence that any particular parts of the brain deal with philosophical, existential questions.

The key part of this intelligence is the tendency to think in terms of questions and seek transcendental answers. These people think about things like: Why does life exist? Why does death exist? Why is there war? What will happen in the future? What is love? (Gardner, 2006).

It’s a fact that there are people who are more skilled at meditation. These people usually have more spiritual and mental experience (Gardner, 1999a).

To conclude, Gardner’s theory of multiple intelligences was a total revolution. It broadens the spectrum of people we can call intelligent. Therefore, a fascinating path opens up, inviting us to think something new. That everyone has their own unique “potentialities” and can be successful if they identify and develop them.

The theory of multiple intelligences sees human beings positively. In the end, it seems more realistic than the traditional, uni-faceted concept of intelligence.

What is Musical Intelligence? How Can I Improve It?
Musical intelligence is a land where the creative and artistic essence of mankind is represented. A land with its own universal language. Read more »
Link copied!
Interesting Articles
Psychology
Is Psychology a Science?

Many people question if psychology is a science. They say that it's too subjective. Similarly, they say things like "I have a knack for psychology. I can look at any…

“Since my mother never let me eat chocolate, I buy my little girl a piece every day,” “My father would…

Psychology
Deprax: Uses and Side Effects

Psychology
You Can Do Anything, but Not Everything

The world is full of big things to do and achieve. You can have great gifts and talents, you can…