According to recent estimates from the World Health Organization, approximately a million people around the world commit suicide every year, which makes it the leading cause of violent death. When faced with those numbers, it's important to remember that prevention is possible if we identify and control the risk factors. 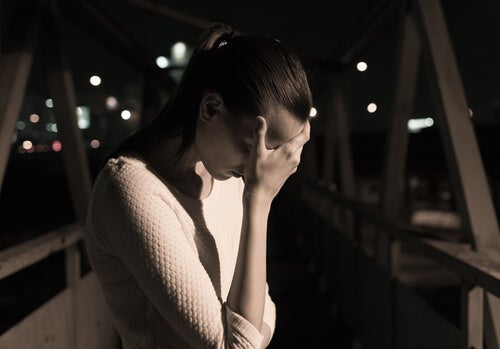 Can you predict suicide? Is there a way to stop it from happening? Although this behavior, like all human behavior, is complex and depends on a lot of variables, some indicators can help with detection and suicide prevention.

Suicide has always been a concern, which is why, in Spain, nearly every sector of the National Health System has developed different action protocols. In fact, the WHO calculates that a million people commit suicide every year. It’s one of the three main causes of death in adolescents and young adults, and the 10th in the general population. In the past 50 years, that figure has increased by 60%.

“The bravest thing I ever did was continuing my life when I wanted to die.”

How can we approach suicide prevention?

There are two main approaches to suicide prevention:

1) Strategies for high-risk populations, such as psychiatric cases with a history of suicidal behavior, emotional disorders, and alcoholism. In those cases, experts propose the following:

2) Strategies geared towards the general population, such as:

“Sometimes even to live is an act of courage.”

Next, we’re going to look at the incorrect beliefs that many people have about suicide.

Where to get help

If an individual starts to have suicidal thoughts, many organizations in Spain offer resources and help. Here are some:

In conclusion, although these resources are valuable, they don’t do any good if the at-risk person never uses them. That’s where society has an important responsibility to help people who are suffering find the support that they need.

Eviction and Suicide – A Dramatic Reality
Eviction and suicide are currently a frequent news item in the news. Given this scenario, you can ask yourself several questions. Read more »
Link copied!
Interesting Articles
Psychology
What Is Applied Psychology?

You could think of psychology as a large tree with countless branches, all trying to understand human behavior. In this chaos of leaves and branches, there is one that stands…

Rumination syndrome is an illness in which people repeatedly regurgitate food from their stomach to chew, swallow, or spit out. Something rather similar can happen with your thoughts. Indeed, this…