What's Phobic Neurosis and Why Do We Experience It?

In phobic neurosis, a person experiences a disproportionate fear of a specific object, idea or situation. Seen from a psychoanalytic perspective, said object, idea, or situation would be a symbol of what the person truly fears. 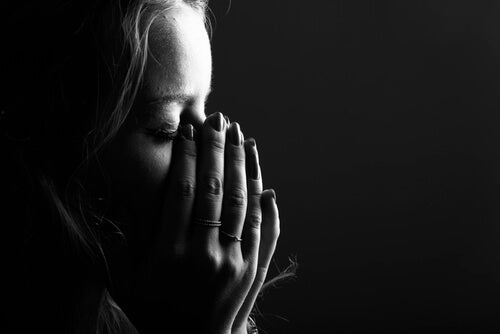 The first person who mentioned phobic neurosis was Sigmund Freud. For him, it was part of the so-called “transference neuroses” and manifested itself as a disproportionate fear, which arises in the presence of a specific object or situation.

For Freud, the phobia would be the disproportionate fear, while phobic neurosis is the behavior that occurs when faced with that object and the resulting irrational fear. There are countless types of phobias, which are named after the object that causes the fear. One could say that any object can become a source of fear when a person suffers from this neurosis.

One of the curious characteristics of phobic neurosis is that it appears in people we’d “normal”. However, the so-called distress neurosis is also often present. In the latter, fear can appear at any time and is diffuse and invasive.

“Fear is always ready to see things worse than they actually are.”

In psychoanalysis, the stimulus that triggers the fear reaction is only an apparent cause. For example, if a person experiences a phobia in the presence of butterflies, they aren’t afraid of the butterflies per se. What’s behind it all is a traumatic event.

Thus, the object that triggers the fear in phobic neurosis is only a symbol of the real cause. For example, a boy may see his father being beaten and some drops of blood fall on his shirt. The child may then forget about the details of the attack but develop a phobia of blue shirts, as that was the color shirt his father wore at that time.

Keep in mind that things that seem to be traumatic don’t necessarily depend on the actual severity of a situation. In a child’s mind, fantasy and reality often intertwine and create very strong emotional experiences.

For example, a girl is waiting for her father or mother to pick her up from school. However, they’re late. During her time waiting, she may believe she was abandoned. Under these conditions, she may become hypersensitive to “normal” stimuli, such as dogs barking or an insect flying.

So why does the person forget the traumatic situation and replace it with an object that symbolizes it? What do they gain by this?

A situation becomes traumatic when it’s sudden, unexpected, and the person doesn’t have, or doesn’t think they have, the resources to face it. In other words, they feel powerless in the face of the threat or danger.

Thus, the mind defends itself from that absolute powerlessness, changing the logical order of what happened. It removes the fear from this context, so to speak, and moves it towards something external.

Why does the mind do this? Simply because if it kept the fear bottled up, it’d be intolerable. Displacing it towards an external object is a strategy that will help you not feel overwhelmed by the situation. Forgetting something is also a strategy to keep that extreme fear at bay.

Sigmund Freud didn’t fully develop the topic of phobias and phobic neuroses. Nowadays, according to psychoanalysis, a phobia isn’t a fear of a particular physical object but also a fear of circumstances or ideas. For example, you could have a fear of going crazy or of getting sick.

Psychoanalysts now point out that not all traumatic events lead to childhood phobias. These are related to specific anxieties, such as the fear of losing a loved one.

Phobic neurosis isn’t the only condition that can create phobias. These can also be a symptom of other types of problems and disorders. Sometimes, they’re part of an anxiety disorder, in which the anguish is more constant and erratic. In fact, there isn’t only fear of specific objects, ideas, or situations. The fear is much more erratic and indefinable.

Also, it’s possible for these fears to be an obsessive neurosis. In this type of neurosis, the anxiety is less intense and tends to become ritualistic. For example, those who are afraid of germs develop a series of rituals to defend themselves from them. Whereas a person who has phobic neurosis enters into paroxysm upon contact with a source of germs.

The main characteristic of phobic neurosis is that the affected person always flees in the presence of the stimulus that produces the phobia. Likewise, they continuously experience the desire to control their external world. In reality, what they’re trying to do is to keep the things they’ve repressed at bay.

Arachnophobia, the Fear of Spiders
Phobias are irrational fears of specific things and the feared object can vary; however, arachnophobia is one of the most common. Read more »
Link copied!
Interesting Articles
Personality Psychology
7 Characteristics of Authoritarian People, According to Psychology