What's the Purpose of Fear?

We've all experienced fear at some point in our lives. But have you ever wondered what its purpose is? 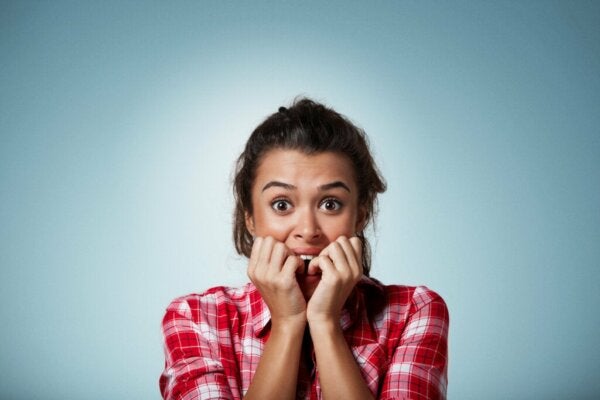 Fear is one of the six basic emotions that Charles Darwin identified in 1872. The others are joy, sadness, disgust, anger, and surprise. The body language of fear is easy to identify: eyes wide open, trembling mouth, and a feeling of bewilderment. We’ve all felt fear and know what it is to be afraid. But what’s the purpose of fear?

In spite of the fact that fear is such a common emotion, most of us don’t know why we feel fear, if there is a reason, and the message it’s trying to send. Have you ever thought about who you would be without fear? Is a fear-free life even possible? Let’s delve right in.

The purpose of fear is ensuring our survival

Webster’s Dictionary defines fear as “an unpleasant often strong emotion caused by anticipation or awareness of danger”. The word comes from the Old English fær, which means “calamity, sudden danger, peril, and sudden attack”. There are many words with a similar meaning, such as alarm, dread, fright, panic, horror, terror, and phobia.

Therefore, fear is a biologically inherited response that makes it possible to defend yourself against threats.

Fear facilitates adaptation and constitutes a survival and defense mechanism that developed so that individuals could respond to adverse situations quickly and efficiently. In that sense, fear is a normal and beneficial emotion, not just for individual survival but also for the entire human species.

Fear is considered “normal” when its intensity corresponds to the seriousness of the threat. In other words, the object of fear has characteristics that could threaten a person’s life.

The relationship between fear and the brain

The maximum expression of fear is terror. But in the realm of pathological fear, the intensity of your fear has nothing to do with the actual danger you’re in. That’s the case with phobias or fear of non-threatening animals such as birds or non-poisonous spiders, for example. That kind of fear is also usually related to anxiety.

On the other hand, fear is a subjective sensation that leads to the development of certain behaviors and complex physiological responses. Emergency life-threatening situations, for example, activate an alarm system that all animals seem to be equipped with, including humans. This alarm system, which you’ve likely heard of, is called “fight or flight”.

The information from sensory perception of a stimulus (usually hearing or sight) goes to the thalamus, which is a kind of re-transmission station where your brain evaluates whether or not the stimulus is dangerous.

If it is, your brain activates the amygdala, the cerebral equivalent of an alarm bell, and the hypothalamic-pituitary-adrenal axis, or HPA axis. In turn, that triggers the release of a significant amount of adrenaline, which helps you react in such a way that could help you get make it through the adverse event.

Fear activates your cardiovascular system, which makes your blood vessels constrict. That, in turn, increases your blood pressure and decreases blood flow to your extremities. Your body redirects excess blood to the skeletal muscles, where it remains available for your vital organs in case they need it during an emergency.

Fear often makes people look pale as a result of reduced blood flow to the skin. It can also cause shivering and make your hair stand on end, both of which help your body conserve heat when your blood vessels are constricted. These defensive reactions can also make you feel hot and cold, something you may have experienced if you’ve ever been terrified. Your breathing also speeds up and usually gets deeper, which helps you get the necessary oxygen to circulate your blood more quickly.

The increase in blood pressure increases oxygen to the brain, which stimulates cognitive processes and the sensory functions that enable you to be more alert and think on your feet during an emergency.

The human fight or flight response has been critical to our survival. Our ancestors lived in constant danger, so those who reacted quickly to threat were much more likely to survive.

Hunting as a means of survival involves the constant threat of being attacked by animals, among other things. As a result, the amygdala was hard at work nearly every day.

When confronted with danger, you can either run away or face the challenge. These are two very different reactions but the precursor to both is to freeze. Freezing is when the cognitive and neurophysiological process we just described take place. It’s the moment that your body needs to prepare itself for action.

During this brief instant, your brain sharpens your vision and hearing. You feel your heart start to beat faster. Your breath sharpens, your muscles tense, and you have a strange sensation in your gut. Suddenly, everything comes into sharper focus, you’re sweaty, trembling, and your mind fills with catastrophic thoughts.

One purpose of fear is to push you to take decisive and immediate action (fight or flight). The facial expressions that fear causes also signal to those around you that danger is imminent, which increases everyone’s chances of survival.

In summary, fear is a highly valuable emotion. It’s absolutely essential for survival. Though unpleasant, there’s no need to reject it outright. After all, it helped our earliest ancestors protect themselves from danger and survive in harsh and threatening environments.

Fear, Sadness, and Frustration: The Most Common Emotions during Lockdown
Take care of yourself, keep yourself safe, but don't forget to be aware of your emotions during confinement, but what are the most common emotions? Read more »
Link copied!
Interesting Articles
Behavioural Biology
Teenagers and Sleep: Why Do They Need so Much of It?

Behavioural Biology
The Neuroscience of Revenge