Mentalization-based treatment helps interpret human behaviors in relation to every person's own mental states. This is a useful clinical approach to regulate behaviors and strengthen social bonds. 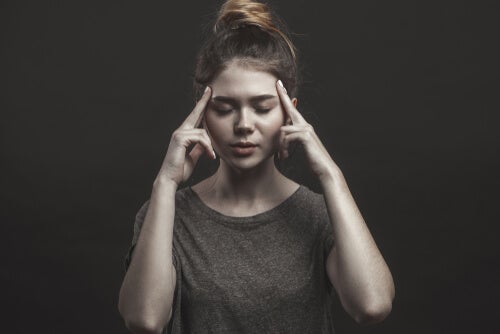 Mentalization-based treatment is a fairly new therapeutic approach. Its goal is the same as many other types of clinical strategies: to help you better understand thoughts and emotions for the purpose of linking them to your own behavior. In essence, it’s to focus attention on mental processes, use them to your advantage, and, thus, achieve a greater sense of control over everything you do.

These integrative currents are always as interesting as they’re useful in clinical psychology. This particular therapy, which emerged at the beginning of the second millennium, is one such example. It integrates everything from the cognitive-behavioral school to the psychodynamic one, including the systemic and ecological schools. All this comprises a resource that’s as valid as it’s interesting, designed by psychologists Peter Fonagy and Anthony Bateman.

They initially created this therapy to provide a more effective response to patients with borderline personality disorder. Nowadays, however, it’s an equally valid tool for treating various disorders such as depression, anxiety, eating disorders, and trauma. Patients with addictions usually undergo it as well.

The characteristics of mentalization-based treatment

You must understand what mentalization is before delving into this type of therapy. What does it mean in the context of this particular dimension? Basically, it refers to one’s ability to understand oneself in-depth, unraveling the internal processes that sometimes lead people to act impulsively.

Anthony Bateman, the creator of this therapy, defined mentalization as that process by which one can understand others, but, above all, oneself, by becoming fully aware of what’s going on in one’s mind. Here’s a simple example to understand it better.

Today, when I got home from work, I responded badly to my partner and it led to an argument. Mentalization-based treatment would help me understand why this happened: my mood, my worries and stress make me choose the wrong words to communicate. In addition, I projected my work anger onto my partner.

As you can see, this type of resource can be good for regulating emotions and help you improve your relationships. Continue reading to find out more about mentalization-based treatment.

Mentalization-based treatment is largely based on the psychodynamic approach that stems from John Bowlby’s attachment theory. According to this approach, people can develop good mentalization. That is, good control and understanding of their thoughts, emotions, and mental representations thanks to a secure attachment.

Thus, growing up in an environment in which your parents provide an affectionate environment. One in which they validate your emotions. One in which they cover your needs and make it easier for you to build your identity, label your feelings, desires, and thoughts, everything will progress healthily. This is because you’ll little by little develop that coherence and self-control between your actions and thoughts. Also, between your behavior and emotions.

Thus, the creators of mentalization-based treatment point out that there’s a disintegrated sense of self in borderline personality disorder.

Impulsive behavior is the main characteristic of these people and they have clear difficulty regulating their emotions. Also, it’s hard for them to manage their interpersonal relationships. This is because mentalization fails in them. Thus, they don’t understand what’s going on in their mind. This is most likely due to the fact that they grew up in an environment based on a disorganized and insecure attachment (Bateman and Fonagy, 2006).

The goals of a mentalization-based treatment

This kind of therapy is based on the following idea: the failure to adequately develop the mentalization process leads to a series of rather concrete realities:

Thus, the goals of mentalization-based treatment require, first and foremost, a well-trained professional in the following dimensions:

As you can see, this approach is certainly interesting. What does the evidence say about its effectiveness?

Studies such as the one conducted at the Department of Psychology and Behavioral Sciences at Aarhus University in Denmark reveal that therapy based on mentalization has a high success rate in patients with borderline personality disorder. Hence, it’s the most recommended in mental health services.

In conclusion, there’s one more resource worth taking into account for a certain type of clinical need.

Therapies
Cognitive Distortions: All About the Fortune Telling Bias

We all have expectations. Therefore, in a way, we're all condemned to the fortune telling bias. You've probably thought that…