Operant conditioning is a learning method that uses reinforcement or punishment to increase or decrease the probability of a behavior reoccurring in the future. 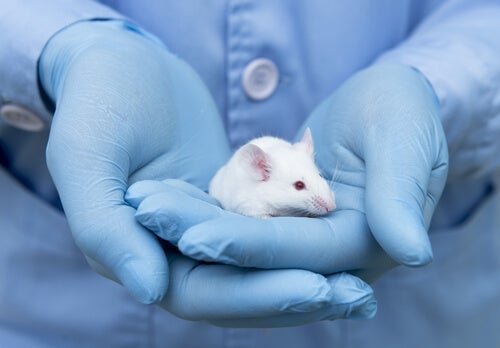 Burrhus Frederic Skinner was a behavioral psychologist. He was the first person to describe operant conditioning as a learning method. In this regard, he argued that it could increase or decrease the probability that a behavior would reoccur in the future.

Operant condition is based on a simple premise: actions followed by reinforcement tend to happen again. On the flip side, actions that result in punishment or undesirable consequences will be weakened. In other words, it’s less likely that they’ll occur again in the future.

For example, let’s say that when a rat in a lab presses a blue button, it gets food as a reward. However, when it presses a red button, it gets a mild electric shock. What would probably happen is that the rat would learn to press the blue button and avoid the red one.

But operant conditioning isn’t just something that people use when they’re training lab animals. Operant conditioning also has an important role in daily learning. Reinforcement and punishment take place almost every day in natural environments. They also occur in more structured contexts.

Skinner used the term “operant” to refer to a specific type of behavior. This was any active behavior that operates on the environment in order to create consequences. In other words, Skinner’s theory tried to explain how you acquire most of the behaviors you exhibit on a daily basis.

Skinner believed that it wasn’t truly necessary to consider all thoughts and internal motivations in order to explain behavior. Instead, he suggested you should just look at the external and observable causes of human behavior.

Skinner’s operant conditioning theory is strongly influenced by the work of psychologist Edward Thorndike. Thorndike proposed something he called the “law of effect”. According to this principle, it’s more likely that actions followed by desirable results will reoccur. On the other hand, actions followed by undesirable results have less of a probability of reoccurring.

Types of behavior according to Skinner

Instinctive behaviors are those that occur automatically and reflexively. For example, you probably yank your hand away from a hot stove if you happen to touch it, no matter who you are. You probably also kick your leg when a doctor touches your knee. You don’t have to learn these actions. They just happen automatically and involuntarily.

Operant behaviors are those that are under your conscious control. Some may occur spontaneously, while you have to will yourself to do others. However, the consequences of these actions influence whether or not they’ll keep happening in the future. Your actions on your surroundings and the consequences of those actions are important for the learning process.

Although classical conditioning could explain the behavior of survey responders, Skinner became aware that it couldn’t explain everything we learn. That’s why Skinner suggested that operant conditioning was important for this purpose. As a general rule, human beings tend to repeat actions that don’t have a high cost but are likely to bring success in a certain area.

The promise or possibility of reward causes an increase in the frequency or intensity of a behavior you think will lead you to get it. The major source of this belief is whether or not the behavior has led to a reward in the past. Nevertheless, you can also use operant conditioning to influence a behavior. You can eliminate a desirable result or add a negative consequence to reduce or prevent undesirable behaviors.

For this, Skinner identified two key aspects of the operant conditioning process. These were reinforcement and punishment. Reinforcement serves to promote a behavior. Punishment, though, causes the incidence of a behavior to decrease. You’ll also find that random reinforcement can be much better than constant reinforcement. That’s because it causes the acquired behavior to become more resistant to extinction.

He also identified two different types of reinforcement and two types of punishment:

Although behaviorism may have lost a lot of the support it had during the beginning of the 20th century, operant conditioning is still popular today. It’s a tool experts use frequently to shape the behavior of others. In fact, many parents use it, even though they may not be aware of the theory behind it.

Thus, operant conditioning is a way to create associations – associations that have an impact on behavior. You can easily see a lot of this in your daily life. You might use it when you raise your children or in the way you train your pets, for example. Advertising and marketing campaigns also use operant conditioning in their strategies when they try to sell people products and services.

2 Consequences of Yelling at Your Kids
Parents don't realize the negative consequences that stem from yelling. We'll go through this dangerous behavior that affects our kids' development. Read more »
Link copied!
Interesting Articles
Culture
Do We Need Darkness to See More Clearly?

Imagine this situation: you walk through a very bright place and someone approaches you. You can't see their face enough…

We have become accustomed to a mental action that prevents us from touching the tangible reality: constantly creating in our…