The ABCs of Human Instincts

In this interesting article, discover everything you need to know about human instincts. Read on! 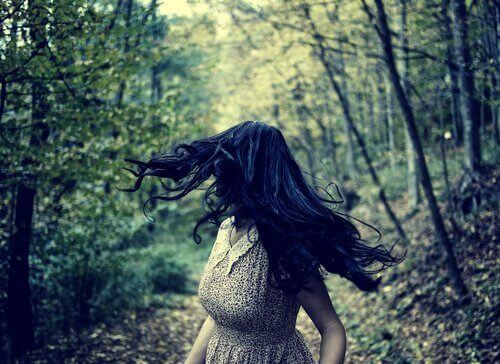 People are always talking about human instincts. Nevertheless, most people might not know what that means. This is a phrase that was borrowed from biology. It reminds us that, at the end of the day, humans are just mammals that evolved beyond the rest.

However, some peculiarities make people different from animals. You may have heard people talk about the human instinct of survival, for example. Despite the fact that most people believe humans have this instinct, you know that suicide is a daily occurrence in today’s world. You’ve also surely heard about sexual instincts. Yet you know that impotence and other sexual dysfunctions exist.

“Instinct is a marvelous thing. It can neither be explained nor ignored.”

As you can see, the topic of human instincts doesn’t just end with a biological discussion. There’s a range of cultural and symbolic vectors that influence it all. In fact, there are schools of thought that don’t discuss instincts at all. Instead, they speak of “drives”.

The biological theory of human instincts

From a biological standpoint, human instincts are blueprints for behavior that are hereditary and common across the species. The purpose of these instincts is to help people adapt to their environments. They’re pre-programmed in the brain itself. These instincts allow you to protect yourself and keep yourself alive. They manifest themselves as immediate or automatic reactions.

Biological theory indicates that humans have some basic instincts:

However, this approach doesn’t explain why, for example, a person stops eating when they feel obese even though they’re not. This would seem to go against the automatic nature of instincts.

The theory of drives

Sigmund Freud proposed that there are no instincts as such in human beings. He claimed that humans had species-specific forces he called drives. These drives are psychological impulses that are composed of a state of excitement and physical tension.

Drives seek to unload or suppress this state of tension. In order to achieve that, they seek an object that will allow them to get rid of it. For example, hunger corresponds to a drive and food is the object that allows humans to liberate themselves from that drive. We return to the initial question: Why, then, do some people not eat? Freud proposes that not all human impulses are benign.

For Freud, there were two basic drives: Eros and Thanatos. The Eros drive included all those impulses related to self-preservation and sexuality. The Thanatos drive corresponded to that of death and involved violent, chaotic, and dispersing impulses, as well as the desire to return to the inanimate state. Drives don’t actually seek to satisfy immediate needs themselves but their mental representations.

There are also other theories on human instincts. These attempt to establish a middle ground between the biological theory and the drive theory. Basically, these categorize drives in a different way, taking aspects of one or the other theory into account.

According to these approaches, human instincts can be divided into:

In casual conversation, people also talk about other instincts such as the maternal instinct. This is supposedly the reason why women always love children. There’s also the instinct of repulsion or rejection of things that you find disgusting. Which of these theories on human instincts is the right one? As of yet, there’s no definitive answer to this question.