Your memory tells the story of who you are, and how you want to be in the future. It also tells you how to drive or ride a bike. The content of your memory is one of your most precious possessions. Today, we're going to talk about a specific kind of memory called explicit memory. 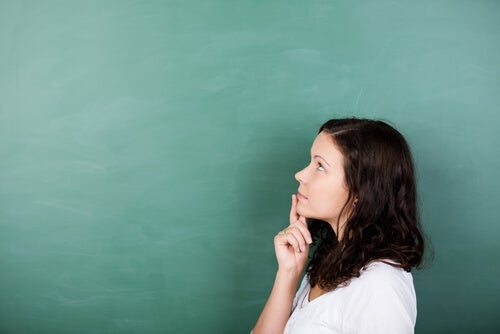 Theories about memory divide it into two categories: implicit memory (or procedural), related to learning abilities, and explicit memory. Implicit memory is where you store procedures such as driving, riding a bike, or doing routine tasks on the computer.

Explicit memory (or declarative memory), on the other hand, stores memories that can be consciously evoked. Explicit memory is also divided into two categories: episodic memory and semantic memory.

Episodic memory stores memories related to personal events. Thus, it helps you remember that amazing trip or childhood afternoons playing with friends at the park. It also allows you to talk about those memories.

This information is located in time and space, which is why the context surrounding the memories is very strong. What’s more, the reference point of the memory is the person themselves. Consequently, the reason we remember certain things at certain times is usually due to the circumstances surrounding them. For example, returning to the place where something happened in the past can trigger certain memories.

Due to the strong connection to context, episodic memories are easier to forget or distort. That’s why people often have trouble with autobiographical details, confusing the times and places of events in their own lives.

This happens especially when someone asks you to give details about an event or a memory, like in the case of witnesses. The expectations that the other person has and your desire to please can actually modify your memory.

The medial temporal lobe, where the hippocampus is located, has to do with the creation of new episodic memories. The prefrontal cortex also seems to be quite important for spatially and temporally codifying the memories. In other words, it helps you remember where and when you had an experience. Consequently, you can better organize your memories.

The primary disorder that affects episodic memory is Alzheimer’s. Amnesia of these kinds of memories happens in the first phases because the hippocampus is one of the first structures affected by the disease. Episodic memory failure is also common with seafood poisoning. As crazy as it sounds, seafood poisoning can actually cause irreversible damage. The same goes for Korsakoff syndrome.

Stress and using drugs such as ecstasy or MDMA can also damage episodic memory.

This type of memory contains knowledge about language and the world around you. It’s like an encyclopedia and dictionary. This type of memory makes it possible to recall the meanings of words and the relationship between two ideas, for example.

Although this type of knowledge can be linked to episodic memory, it’s usually generic and decontextualized. Consequently, it’s easier to remember. One example of a semantic memory would be if you learned the meaning of Rue de Rivoli when you visited the Louvre last summer.

Some authors relate it to the temporal neocortex and others argue that the involved structure depends on the knowledge that you’re trying to recall. For example, knowledge related to the sound of a can falling on the ground would activate the auditory cortex. Remembering the color of a particular animal would activate the visual cortex. The bilateral temporal lobe is also involved in the integration of all semantic information.

Learn 5 Ways to Optimize Your Memory
is it really possible to find practical methods to increase our ability to store and remember information? Read on to learn more about our memory! Read more »
Link copied!
Interesting Articles
Theories
Motivate Yourself with The Goldilocks Principle