There’s a lot of disinformation about the process of perinatal grief. However, there are hospitals with bereavement protocols to support parents. Read on to learn more! 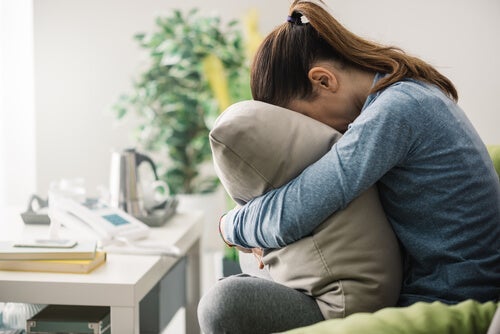 The loss of a loved one is always complicated. But what happens when that loss occurs during pregnancy? Today, we’d like to tell you about perinatal grief. We see it fit to shed some light on a nearly invisible topic that occurs more often than most may think. Also, there’s too much misinformation about it.

In the USA, fetal death refers to “the spontaneous intrauterine death of a fetus at any time during pregnancy”. Fetal deaths later in pregnancy, at 20 weeks or more, or 28 weeks or more, are also sometimes referred to as stillbirths.

The WHO, in the 10th revision of the International Classification of Diseases (ICD-10), differentiates perinatal loss as follows:

Some authors extend the concept of grief. It includes:

Also, loss during pregnancy hasn’t always been this important. Currently, thanks to more information and more sensitivity towards this event, there are many protocols available. They’re aimed at supporting parents during their grieving process.

Protocol for Perinatal Loss and Grief

There’s a lot of good information on this subject on this website. Also, there are many hospitals where these protocols are already carried out.

The Good Samaritan Hospital offers perinatal bereavement support for parents to help support them through the various stages of grief and grief reactions. Symptoms of grief can be so overwhelming that it’s often a comfort to learn that these symptoms are a normal reaction to loss. The need to talk about one’s experience over and over is also very common. Their support groups meet monthly.

There are various stages of grief. This is how a professional can help:

During Birth, at Birth

If the parents haven’t expressed any concerns about contact with their child, proceed as naturally and respectfully as you would with any parent who wishes to see their newborn.

As of March 21, 2012, laws began allowing the issuance of a Certificate of Still Birth for fetal deaths that meet the definition of a “stillbirth”. The law defines a “stillbirth” as the unintended intrauterine death of a fetus that occurs after the clinical estimate of the twentieth week of gestation.

When someone must confront the loss of a loved one, especially when it comes to their baby, you must respect their freedom. The best way to help them is to try to understand how they feel.

The grief phases parents who lost a baby usually experience are:

There are bereavement resources and measures to support parents who’re coping with the loss of their baby:

In short, it’s necessary to train professionals so they can attend, be with, and support both parents and the family environment. All this without forgetting that only the grieving parents should set the pace in the mourning process.

Pseudocyesis or False Pregnancy
False pregnancy or pseudocyesis, is really a symptom of some women who can't express what's important to them, so they voice it out through their bodies. Read more »
Link copied!
Interesting Articles
Family
Family Secrets Can Negatively Impact Your Life

Are you having a bad day? Is everything is wrong at this moment and full of nonsense? Could you use…