The Value of Your Positive Memories

Psychologists believe that your memory is closely related to your emotions. That's why you can bring back the original feelings of an experience if you focus on your memory of it. A happy memory can bring you peace and heal your wounded self-esteem. 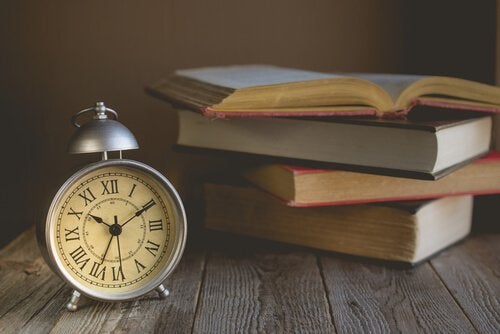 Positive memories provide stability and are safe havens with the extraordinary ability to protect us.

The brain is capable of storing, organizing, and prioritizing all of your memories. In fact, for many years, psychologists used the computer metaphor to explain how the brain worked. They don’t anymore, but it can be helpful to compare your memory to a computer. Your memory is the city of remembrances.

Psychologists believe that your memory is closely related to your emotions. That’s why you can bring back the original feelings of an experience if you focus on your memories of it. Positive memories can bring you peace and heal your wounded self-esteem. On the flip side, if a memory is unpleasant, the last thing you want to do is remember it.

“Sometimes you’ll never know the value of a moment until it becomes a memory.”

The value of positive memories

A while back, I heard a beautiful story about the value of memories. In May of 2017, a 14-year-old boy named Patryk Lessman was on vacation with his family on Jeziorak Lake in Poland.

The young man was having fun making forts and fishing in the lake. One day, he found two old metal milk jugs buried in the woods. He immediately told his parents what he had found. They told the local authorities, who went back to the site with metal detectors to look for more objects.

Months later, after carefully analyzing what they found, there was a press conference about the discovery. The two milk jugs contained personal objects and family keepsakes from Count Hans Joachim von Finckenstein, who was once the owner of the farm.

They found many documents in the old containers, including the Count’s last will and testament. The authorities also found the von Finckenstein seal and coat of arms, as they were an old aristocratic Prussian family. They even found Hans Joachim’s passport and diary from World War I. In the second container, they found his World War II uniform and letters and poems from his daughters.

Bringing back stories from many years ago

The researchers located Waldtraut, the Count’s younger daughter, in Germany. She’s now 81 years old. When she saw the objects that were found, she got emotional. She picked up her father’s slippers, hugged them tightly, and cried for a long time. Waldtraut told the journalists how she used to stand on her dad’s slippers when he would take her and her sister up to bed. She talked about how they laughed and played until they fell asleep.

She could still recite some of the poems they discovered from memory. Many of them were poems she wrote seventy years earlier. With tears in her eyes, she told the journalists who were interviewing her: “I always wanted to write. My mom encouraged me to learn to sew and embroider, but it’s obvious that books were my thing”.

Waldtraut remembers the summer storms on Lake Jeziorak and the smell of wet earth. “During those endless afternoons when we couldn’t leave the house because of the rain, I would recite poems while my sister played some music to liven up the sunset. The whole family loved watching the spectacle. It was a wonderful time in my life, and I now have it back thanks to these mementos,” she told the journalists.

This story reminds us how beautiful it is to live life to the fullest, motivated by real and profound desires. It encourages us to stop putting off the important things or hiding what we feel. It’s simple: every moment is as magical as you choose to make it. If you could design positive memories, how would you do it? What would they look like?

Psychology
Life Lessons to Learn as Soon as Possible

Psychology
Do What Others Say You Can't