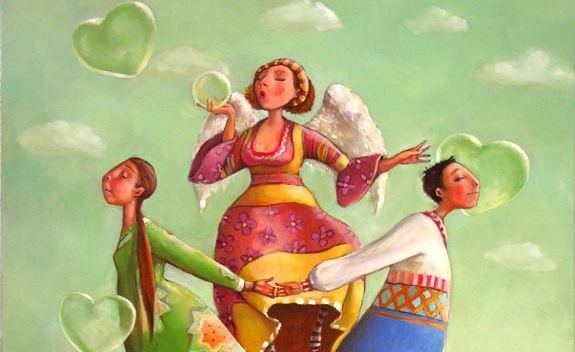 I have thousands of friends on my social networks. Some of them with names I can’t even pronounce and have never seen before. However, they provide me with a “like” every time I upload a photo of my life, a life they know nothing about.

Today’s social relationships are different to those of our parents. Nevertheless, that doesn’t mean they’re worse. Let’s just say they have a different essence. They have a different way to form bonds that at time are so fleeting, changing and varying, like water held in our hands.

Social networks flood the days of many people, reaching the point that if we don’t tweet something or publish a photo, we don’t exist. Now, it’s possible that many of us “don’t exist” as intensely in the virtual space of social networks, but on the other hand, we’re still important to those who are truly significant to us. People who we can surely count on one hand. People who give an authentic meaning to our lives, and who don’t need to read our statuses on social networks to know if we’re okay or not.

Social networks and the power of “likes”

We’re all aware of the great benefits social networks provide us: they are a true weapon of power. Every piece of news jumps to them in seconds to obtain acceptance or rejection. The reaction is immediate and the process of liking and sharing is infallible.

The world is made smaller by social networks and everything seems to be within arm’s reach. They call it the fifth power. It brings consciousness and establishes interconnections between people, where the attitude or actions of a single individual can influence thousands.

It never ceases to surprise and enrich us, specially in the following ways:

It’s not about avoiding social networks at all costs. It’s unavoidable. Society nowadays is interconnected. It’s like a big brain full of connections and synapses where the new technology is an extension of ourselves.

A table with my best people, that’s the best social network

Most of us know who the pillars of our life are. Those people who go beyond social networks (though they also form a part of them). We enjoy their closeness, the sound of their laughter and the warmth of their hugs.

The most important people are the ones who form a part of the daily details. They offer a whispered “I love you” when you least expect it, without needing anyone else to know…

We could say that he best social network is the one formed by no more than five people. The people who you’d leave aside your cellphone for to immerse yourselves in a great conversation until the day turns into night. However, experts tell us that at present the highest risk of absolute dependence on social networks is definitely on the younger generation:

Nowadays there are many teens that produce a kind of social “anomy,“ where there are very few things that consolidate, and where they can’t build a real commitment to their fellow peers.

It’s important that as parents or educators we reorient them. Social networks are without a doubt a weapon of power, but there are many other priorities that can be much more enriching.

It's really important to learn to speak from the heart if you want to communicate well with other people. This probably sounds…

Wellness
The Winding Path of Life

Have you ever felt the need to change everything without quite knowing why? Our life is full of turns and the path of life is rarely a straight line. You'll agree with me that life…

Unfortunately, humans live in a complex world. One in which the idea that one shouldn't tolerate discomfort is utterly inconceivable.…

When we start a relationship, at first everything is love, passion, and a desire to spend time together. We desire…

Wellness
Children Become Parents When Their Parents Get Old

Today, most parents live to a very old age. But this involves a decline in health that demands our care, protection, affection,…

Wellness
The Emotional Legacy of Grandmothers, the Wisest Women

My grandmothers are the wisest women. Their legacy will be passed on from generation to generation in the knowledge they've shared, the bond…