The Power Of Compliments 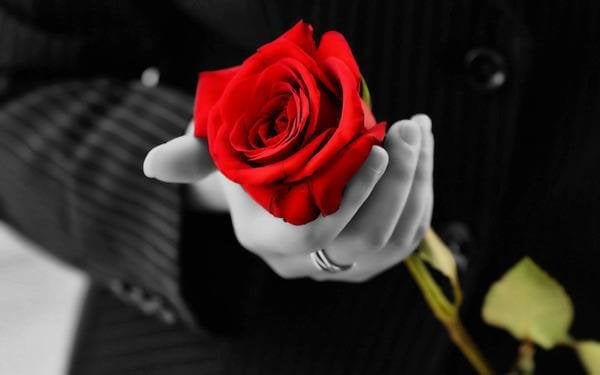 Compliments are a tool often used for seduction and to convince or manipulate someone. Because of this, we have to be careful with how much we compliment others and how much we are being complimented.

Compliments make us feel better, and raise our self-esteem. “Jessica, your hair looks amazing!”, “Xavier, I meant to tell you that your car is so well cared for”, “Lillian, you’re the best chef in the world” “John, this company is honored to count on an employee like you” But, how many times have we said things like this, sometimes without even thinking, just to make those around us happy?

Complimenting others in a sincere way can help you in a wide variety of ways, and not just when you’re on a date (or want to get one) or to get a better business deal.

Remember that for this to actually work, as a first measure we must be honest. It’s not worth it to go through life giving people compliments just because, or to try to get something out of it for yourself. If you don’t like the skirt your girlfriend is wearing, don’t tell her how cute it is and ask her where she bought it. If you feel like your friend should be putting in more effort at work, don’t say: “Your boss will give you a raise any day now.”

Better yet, we can instead think of how to make the other person happy by telling them something we actually feel. For example, instead of complimenting your girlfriends skirt, thank them for their friendship. Instead of telling your friend he’ll get a raise, tell him “I’m so grateful to have you as a friend.”

Did you know that just by saying these simple words to the people you love, that you’ll absolutely make there day?

The persuasive power of compliments

Flattery can have two goals: making the other person happy or convincing them to do something. It’s been proven (if you don’t believe it, try it yourself) that people that compliment us on things we’ve never been compliment on in the past appear more attractive, no matter what they’re wearing or how many sales their business has made.

On the other hand, there’s a theory that shows that when you give something (whether it be a gift or kind words) to a person, they automatically feel in debt to you; wait, what?

Of course they do. For example, if you tell a potential client how youthful they look or how attractively dressed they are, it’s more probable that they’ll buy the product you’re offering.

Compliments and criticism are all ultimately based on some form of projection.

But beware and avoid making mistakes with your words. If a beautiful young lady shows up where you work, it’s not worth it to use their beauty to your favor. Instead, focus on their style, outfit, good taste, etc. If you don’t, you’ll get the opposite reaction… In fact, they may even become angry! (And obviously, leave without buying a thing.)

You use compliments all the time. The secret lies in knowing when and where to use them, and to never forget to use appropriate vocabulary. Don’t spend two hours telling the other person what you like about them; instead highlight those special aspects of that person. That way you can generate a positive effect in a shorter amount of time.

Take the personality of the person that will receive the compliment into account, because there are a lot of people that feel uncomfortable when complimented. That doesn’t mean you should stop doing it, but you should focus on their attitude and feelings as well.

Don’t overdo it with the compliments, but don’t be shabby either. They improve the receivers self-esteem, and improve the impression they have of you. Since we’re living in a time when we tend to focus more on the negative than on the positive, recognizing other people’s positive actions and traits is an rebel act in itself.

Finally, pay close attention that you don’t cross the fine line of using a compliment as an act of manipulation or to convince the other person to do something. Keep your intentions clear from the very start; and open your eyes to when someone only compliments you because they want something in return!

Wellness
8 Things You Should Know About True Love

To love means to truly know, recognize and assume that people have as many flaws as they have virtues, that…

Wellness
In a Corner of the Soul, There Are Secret Memories

Wellness
What Are Emotional Hangovers And How You Can Beat Them?

What happens when we drink too much? The next day, there's no escaping it: we'll have a terrible hangover. But…

Wellness
The Pain of Lies and Deceit

Lies and deceit are truly regrettable. Both are capable of destroying everything in their path, devastating the densest forests and knocking down the highest towers. The saddest thing about hypocrisy and deceit is that it…