Why Fit in When You Were Born to Be Special 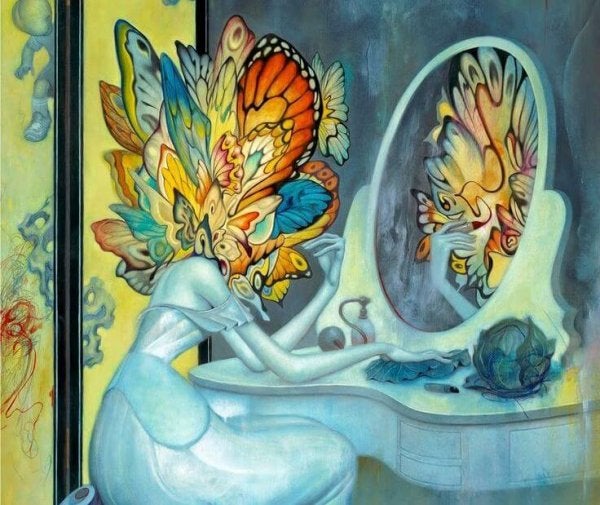 Society is governed by certain rules. Even when we think they aren’t present in our day to day, they are more evident than we think. Let’s say that society has established a board game with instructions, rules and a few players, which are all of us. Around the world we can see how these rules of the game can vary, and what may be ideal to some, to others is horror, since it doesn’t let them express their true individuality. But there are people who break the so-called “rules.” We could say that the word “comfortable” is the last thing that would define them. They have a vision that might push them to disappointment and discomfort, but they are willing to take that risk in order to be loyal to what they really feel about themselves, to live as the special humans they are, and to not satisfy the demands of others.

Surely many times you have felt lost in trying define yourself, to fit in or simply to belong.

“When someone truly needs something, they find it. It’s not coincidence who manages it, but rather the very person. Their own desire and need drive them to it.”
-Herman Hesse-

But in reality, we’re all born unique and special and the only way to fit in is to let the truth that each of us harbors within shine outwardly. If we fail, we conform to a society that can be totally incompatible with our way of being in the world.

Reflect on whether all the doubts that have caused turmoil in your mind at some point are leading you to change or towards reaffirmation.

Because the suffering in this world caused by being yourself isn’t comparable to the terrible existential void of living without knowing where you’re headed and what you really want. Why are you going to adapt to something you think will give you security, but not enjoyment?

Think about the people that left a mark on you: there were probably endless contradictions, surprises, wise reflections and silences which accompanied it. They possibly reached you because you drew them to you. Special people don’t meet by chance.

Maybe they were a breath of fresh air, people with a special talent or authenticity diluted among a great amount of people that never provided you with anything. Maybe they gave sense to an afternoon, a short walk or an endless conversation.

“I’ll die of old age and still won’t be able to understand the two-legged animal called human, each individual is a variety of the species.”
-Miguel de Cervantes-

If you have met this type of person, now the ball is in your court… you need to try to be the person you’d like to meet. Don’t subject yourself, don’t change. Though the world sometimes may seem absurd because talent and kindness are undervalued and appearance and bad intentions are many times rewarded.

You are the link in a chain that could illuminate and surprise everyone that goes through your life. And, in turn, these people with your light could be a bit more happy and transmit this joy.

Make sure that chain of small human favors doesn’t break just because they made you believe that you might be wrong about something. We all have the right to be in the wrong. What we can’t forgive ourselves for is to end up not trusting what and who we really are.

Why be conventional when you can be special

Each of us come into this life with a gift, and it’s completely unforgivable to not develop this gift. It’s not about being better than anybody else. It’s simply about developing your ability in order to grow from within and be able to give that gift to others.

If you do this well, people will be grateful. Because in a world where vulgarity and lack of knowledge is much more frequent than it should be, seeing anyone that developed their gift wholeheartedly and skillfully is something that really changes us.

It’s good for you to be aware of the good and bad that happens around you, the difficulties and realities of others…but, what’s happening in your own life? That’s the question you should be asking yourself.

Why immerse yourself in your thoughts and doubts, in your fear and disappointment, and see life pass you by without engaging in it? Perhaps due to reluctance, being fed up of seeing things around you that don’t fill you with illusion…

We can’t judge these people, who knows of the deepest sorrows of others? But if you also succumb to disillusionment, this human chain of favors, of details or big opportunities will not find an ally in you.

So, don’t let the world disappoint you. If you think you have something special, don’t fight to fit in … just be yourself. The world will thank you.

Searching for happiness is a feature that defines us as human beings. However, we often encounter an enemy that gets in…

Wellness
The Effects of Distrust in Our Relationships

Wellness
5 Tips for Getting Over Romantic Rejection

Nobody likes to be rejected. When it comes to love, we put many of our hopes, our emptiness and our…

Emotions
Do You Know the Functions of Emotions?

Johnmarshall Reeve is an author who, in recent decades, has contributed to studies about motivation and emotions. Reeve believes that…