Self-determination is often motivated by interests, curiosity, care, or abiding values, even when such motivations aren't rewarded or supported at times. However, they can sustain the flame of passion, creativity, and effort. 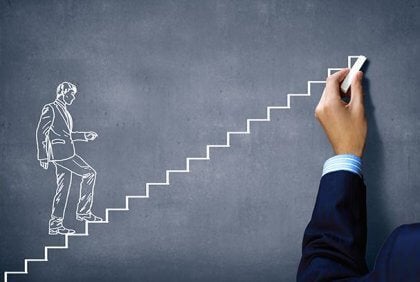 Also, intrinsic motivation plays an important role in this theory.

The Meaning of Self-Determination Theory

Self-determination theory links personality, human motivation, and optimal functioning. It suggests that there are two main types of motivation: intrinsic and extrinsic and that they both greatly influence who we are and how we behave.

This theory emerged from Edward L. Deci and Richard Ryan’s motivation research in the 70s and 80s. Even though the theory grew considerably, its basic principles stem from the book the aforementioned published in 1985 on this subject.

Self-determination theory assumes that people’s activities are always directed towards growth. Mastering challenges and assimilating new experiences is essential to building a sense of self. In this regard, Deci and Ryan’s theory suggests that people’s actions are always motivated by their need to grow and get satisfaction.

People act due to a promise of external rewards, such as money, prizes, or social recognition (extrinsic motivation). However, self-determination theory focuses mainly on internal sources of motivation, such as the need to acquire knowledge or independence (intrinsic motivation).

According to self-determination theory, people need to feel the following in order to achieve psychological growth:

Deci and Ryan suggested that when people experience those three things, they become self-determined. Furthermore, they feel intrinsically motivated to seek out that which interests them.

It’s important to keep in mind that the psychological growth described by self-determination theory doesn’t happen automatically. Still, people are oriented towards growth and it requires continuous sustenance.

According to Deci and Ryan, social support is key. Through our relationships and interactions with others, we can either encourage or impair well-being and personal growth.

According to Deci and Ryan, extrinsic motivation sprouts from an interest in external stimuli. Common sources include rating systems, employee evaluations, awards and compliments, and the respect and/or admiration of others.

On the other hand, intrinsic motivation comes from within and is closely associated with the task itself. There are internal impulses that motivate you to behave in certain ways, including your core values, interests, and personal sense of morality.

It may seem that intrinsic motivation and extrinsic motivation are opposite concepts. However, with an intrinsic-driving behavior that’s consistent with your own ideal and the extrinsic side that leads you to conform to the standards of others. Then, there’s another important distinction that serves to differentiate motivations.

That’s why self-determination theory makes a distinction between autonomous motivation and controlled motivation:

Sociometer Theory: How Important Are Others’ Opinions of You?
Sociometer theory is about a psychological mechanism that helps you minimize the likelihood of rejection. It's also closely related to self-control. Read more »
Link copied!
Interesting Articles
Psychology
How to Give Someone Bad News

Psychology
How to Choose the Right Psychologist

The time has come. For whatever reason, you have decided to seek psychological help. But you don't know how to…