What Is Emotional Blockage? 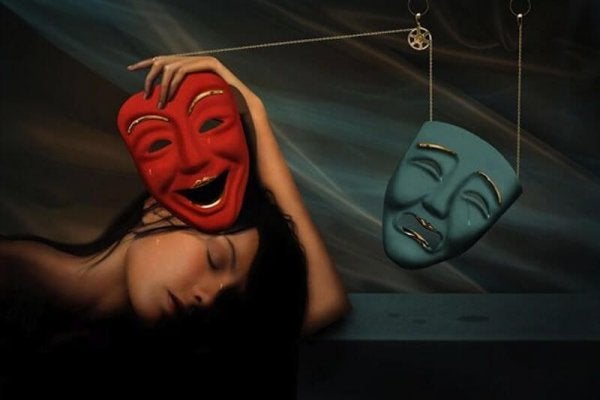 Emotional blockage consists of barriers that keep us from thinking creatively in order to achieve our goals. Many people go through life at a pretty normal pace, but suffer from an emotional blockage in one area of their lives or the other. For example, some people may have an easy time in the workplace, are friendly and familiar, but when it comes to romantic life, they have emotional blockage that doesn’t allow them to move forward.

Others may flourish in the area regarding partners, relationships and friendships, but become stagnant in the workplace, etc. Simply put, everything can be more or less OK, but the person doesn’t show themselves for who they truly are, because something is keeping them from being themselves. They prefer to only show their face in society with a mask over it, which makes them feel safer and more protected.

Behaviors that reflect emotional blockage include avoiding activities or events for fear of performing them incorrectly, continuous nervousness, fear of rejection, shyness, lack of motivation, focusing on the negative and being incapable of finding solutions, jealousy, envy, judgement rather than understanding, etc.

Emotional blockage is developed due to fear, insecurity, an inferiority complex, etc… In this day and age, we are more predisposed to suffering blockages, because we tend to lean towards negativity.

How to remove emotional blockage

When your emotions are positive, your mind unblocks itself and out comes creativity, spontaneity, naturalness, motivation and joy. Imagine that you’ve spent several years unemployed, and going to an interview is no longer motivating. We’re sitting, waiting to hear our names called, without realizing that we’re contributing to the present blockage, by thinking things like: “They won’t choose me”, “There are others who are better candidates”, “I’ve been unemployed for so long that I’m no longer of any value”, “I’m not capable”, “They’ll notice I’m nervous”, “I won’t get the job”, etc…These negative thoughts going through our minds tend to paralyze and block us, in such a way that it allows negativity to be transmitted during the interview, and as an end result, we’re not chosen. Because “if you don’t believe in yourself, nobody else will.”

However, if you’re convinced that you have a fighting chance, it’s highly probable that the interviewer will unconsciously perceive the same thing. In order to remove emotional blockage, we need to focus on the positive aspect of situations, because when we’re in a positive emotional state, there is no blockage.

Try thinking in a way that makes you feel joyful, well, relaxed and hopeful. Think thoughts like: “I have a good chance”, “I’m a valid human being and I believe in myself”, “If I’m chosen, great! If not, I’ll have learned from this experience and will apply my newfound knowledge to the next one”, “My well-being doesn’t depend on whether I’m chosen or not, because I know that, if not today, it will happen very soon.”

When you feel capable and believe that it’s possible that something will occur, it’s probable that it will. When you believe in a possibility, you let off a vibration that causes the other person to perceive this unconsciously. Many times the reason is unknown, but something convinces and attracts us, and it could be those inner beliefs that end up moving mountains. So take good care of your internal language, because if you want to become a champion, you have to think like a champion.

Link copied!
Interesting Articles
Psychology
Feeling of a Presence, is There Someone Here With Us?

The philosopher, Nietzsche (1844-1900), has created probably one of the most revolutionary and most widely interpreted schools of thought in…

Psychology
5 Books for Practicing Mindfulness in the Classroom