What is Cultural Psychology? 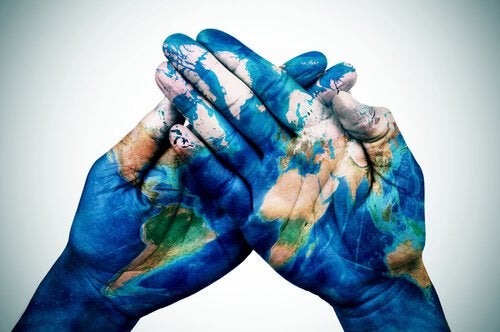 Have you ever heard of cultural psychology? André Malraux once said that “culture is the sum of all the forms of art, of love, and of thought, which, in the course of centuries, have enabled man to be less enslaved.” Using this definition as a stepping stone, perhaps cultural psychology gives a broad glimpse into a society’s past, present, and future.

Much of our behavior is just as intertwined with our culture as it is with our own experiences. That doesn’t mean that experiences and genetics have no influence, but they’re not the only things that moderate and influence the way we act.

“True culture is born with nature, and is simple, humble, and pure.”

What is cultural psychology?

Cultural psychology focuses on the influence of culture on the people who grow up in it. It, along with behavior, also influences thoughts and feelings. The main vehicle for influencing behavior is the culture’s habits and customs.

In other words, cultural psychology attempts to explain the reasons a group of individuals immersed in a particular context act certain ways and not others. With this perspective, we observe details and explain what we observe.

For example, why does Western society, which is very globalized today, view certain past events and diametrically opposed societies with horror? Why weren’t past generations horrified by those events that took place during their time? Why don’t people who are immersed in those opposing cultures see those things as horrible?

It begs another question: what will future generations be horrified by when they learn about things happening now that seem normal to us?

In every country, some customs are common to the entire population, while others are more localized to specific cities or regions. Combined, all these cultural influences result in variations in the human mind. Each individual receives a unique cultural heritage that depends on many different factors.

To use a few simple examples, Muslims don’t eat pork, Indians view cows as sacred animals, and Spain’s Basque Country has its own language. All of these factors create a unique cultural heritage that is different from any other population.

Culture varies depending on location and heritage, influencing the behavior and thoughts of people who come into contact with it. What is the purpose of cultural psychology? It goes beyond simply describing facts. Instead, it explores both the origins and consequences produced, defined, and maintained by tradition in that particular context.

Like we said before, cows are sacred in India. But how did they get to that point? The aim of cultural psychology is to answer questions like that.

Cultural psychology doesn’t just investigate the heart of the story to understand why a population has a particular culture. It also studies how the culture affects the people in it. Why do some customs persist and others don’t? How do these customs affect patterns of behavior? What implications do these traditions have for the future?

Links to sociology and anthropology

Cultural psychology is closely related to the social sciences, particularly sociology and anthropology. While sociology studies societies in a broad sense, it focuses on quantitative data to investigate dynamic histories. The idea is to understand how a specific culture formed and how it influences individuals.

Meanwhile, anthropology studies the cultural content of a society and the collective changes that occur. The idea here is to understand symbols, concepts, and settings.

So, if you were to ask yourself what cultural psychology is, now you have a small outline. It allows you to understand ethnic behaviors and study intercultural conflicts, just to name a few interesting examples.

“No one leaves his or her world without being transfixed by its roots, or with a vacuum for a soul. We carry with us the memory of many fabrics, a self soaked in our history, our culture.”

Pride Is the Origin of Many Conflicts
Because there are no definitive categories or absolute definitions in life, there are multiple ways to look at pride. Psychology defines two types of pride, Read more »
Link copied!
Interesting Articles
Psychology
The Language of Depression

The language of depression has a voice and it changes you. Anxiety, apathy, and desperation seep into the words you choose. They even affect your speech patterns. Everything is shorter, darker,…

"I lost my father when I was 8, almost 9, years old. I haven't forgotten his deep and loving voice.…

Psychology
Anna O. and the Beginning of Psychoanalysis

Sigmund Freud was an astute doctor fascinated by the enigmas of the human mind. The founder of psychoanalysis completely changed…

Psychology
Optimism and Health - Are They Related?

Optimistic people tend to face their problems more effectively. They firmly believe they can do what they want in spite…

Your doctor has probably told you to eat foods low in saturated fat, cholesterol, salt and sugar. However, obsessing over every…