What Have We Learned From Nadia's Case? 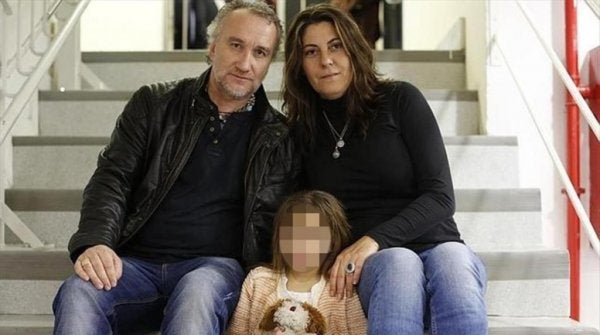 A great studio where a variety of topics are brought to the table opens this morning with sadness, attitudes of righteousness and indignation, and perplexed and horrified faces. Nadia, the sick girl whose father has appeared on virtually all television sets, has been revealed to be a fraud.

The indignation among the illustrious journalists and directors is at a maximum. The feel cheated and assume the role of victims. Perhaps the number of viewers rose to a considerable height when the girl appeared on set. Helping parents, a sick girl and a charity always gives a lot of play, is not too morbid and helps many viewers to find peace.

When a macabre event occurs and is reflected in the press, many of the people who knew the aggressor, murderer or rapist say that he or she seemed normal and friendly. The news outlets are responsible for putting us on alert, telling us we are surrounded by dangerous people who are not who they appear to be.

However, with their faces of formal pain and great acting, they have turned out to be in this case “the neighbor who never said hi.” This is what we have learned from the Nadia case.

Nadia: the sick girl who walked around the television sets

Sometimes we are surrounded by people who may be harmful to society, even if they appear disguised as “father courage.” We have learned with this case that ignorance grows alongside the power of popular media.

Many people are characterized as “heartless” for not sharing the pictures of babies with tumors on social media, for stating that they would end a pregnancy in the face of serious congenital malformation, for saying they do not believe in charity as a way to acquire true social dignity, and for saying alternative therapies sound a bit weird. Just with some and just a little, but weird nonetheless. Such people are labeled as skeptical, without the slightest bit of empathy or understanding.

Despite this, there is still an important sector of the population that would have never turned a girl into the protagonist of a shameful spectacle. It is a consequence of the rise in pseudoscience, of the commercialization of pain and of an interest in fundraising in the face of others’ suffering in order for us to look like good people.

These are television programs with people who do not know how to differentiate trichothodystrophy from a terminal illness. They have not even the slightest intention to do so, since they assume their audience is ignorant enough and trusts them enough that they do not even think to Google it.

The public believed that a cave in Afghanistan hid a reputed doctor who specialized in genetic manipulation that, via the use of holes in the back of her neck, could save Nadia’s life.

Nobody worried about interviewing Juan Ferrando of the Hospital Clinic of Barcelona, or geneticist Ana Patiño of the University Clinic of Navarra, who confirmed the girl’s trichothiodystrophy with a genetic analysis in 2006. Both were astonished at the media exposure garnered by the case, and of the fundraising for this 11-year-old girl to undergo an experimental treatment in Houston, which has no record of her existence.

The father, dressed with different mystical beads around his neck, assures that the treatment has been verified by NASA scientists, which leaves both the audience and the host speechless. He seems willing to give everything despite suffering from a pancreatic cancer himself (of which there is no record).

From scam to pornography: the certainty of television’s moral rant

After knowing that everyone had been deceived, television shows assume their guilt in the same way as one who says he threw a dog out a window because he though there was a mattress waiting for him below. Without the slightest self-criticism, without appealing to their responsibility for the propagation of ignorance, these spaces are the same ones that show the girl’s alleged sexual photos.

Before giving way to contents of the heart, they are dedicated to explaining in detail the positions of the girl in each photo, how and from what angle they could have been taken, if the girl was naked, if the girl was drugged. Public derision has no end. The bad father and ignorant mother are already persecuted, but they continue to cash in and intrude on the honor and intimacy of the child.

Maybe Nadia will not die as soon as many have been led to believe, but her privacy has been violated for life.

What Nadia’s case has taught us

Nadia’s case has taught us many things. It has taught us that parents can be the worst thing that happens to a daughter, no matter how much we are scandalized. It has shown us the “exhaustive investigations” of some journalists in the face of such a delicate case.

It has taught us that some sexual photos of an 11-year-old girl can continue to grow audiences. That the media does not have the slightest intention of showing rigor. That therapies that are a scam can raise more money on our televisions than serious medical research.

We turn on the television and listen to those details without thinking that Nadia could someday be anyone in our environment. That the show and audience justify everything and that the neighbors who always greet us could be on our television. It only remains for them to ask forgiveness of the spectators of this circus, who haven’t even filed a complaint about it.

It only remains for them to apologize to all those fathers and mothers who fight every day for a fair and effective treatment for the illnesses of their children, believing more in the justice of effective research and science than the hypocritical charity of a television program. I’m sorry for all of them and especially for Nadia. You should have never gone through this and others should have never allowed it.

Isn’t Time Supposed to Heal Everything?
We cling to parts of our past and our emotions try to live in it as well. Wasn't time supposed to heal everything? Because it's doing a truly horrible job. Read more »