How We're Manipulated by the Media 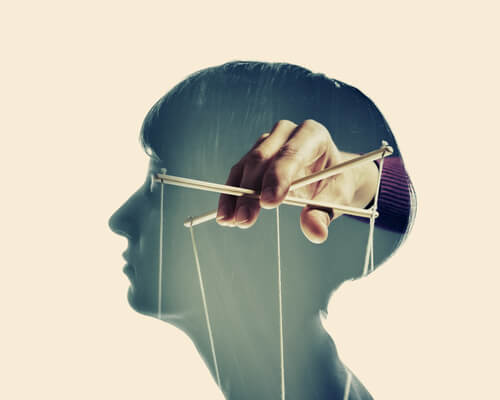 Your opinion can be changed by the news you see on TV, in the newspaper, and on the internet. And on top of that, many of these stories are deliberately told in a particular way to influence what and how you think. Do you want to know how the media is able to achieve this level of control over your mind?

They say that if something isn’t news, it never happened. One example of this was in 1994, during the Rwandan Civil War. The two major ethnic groups in the area started to kill each other, and it escalated to the point of genocide. Seventy five percent of the Tutsi ethnic group were killed at the hands of the Hutu-led government.

During the first week of the genocide, no powerful group in Europe took action. No news appeared in the press, and therefore, nobody cared about the murders that were happening. In the second week, the media started to report on the events in the news. As a result, European countries started to send help to stop the massacre.

Even so, the lack of pictures of what was happening in Rwanda made it seem like the news wasn’t as urgent as it really was, so public interest in the matter was minimal. People’s emotions weren’t involved, so their attention came and went.

What should we think about?

If we don’t have information on events that are happening, we’re not going to find out what really happened. The media tell us what to think about, although we’re obviously not always going to be thinking about all the news that we read.

Our interest level will make us dedicate more attention to some stories over others. One factor that influences how important we believe the news to be is fear. The stories that trigger fear in us will take up more of our attention. Examples include stories that allude to a threat, like a virus that’s spreading through the city or a series of robberies in the neighborhood.

Maybe the story told at the beginning of this post made you think about what happened in Rwanda, but because it’s old news and the repercussions are minimal today, most people won’t dedicate much attention to it if it doesn’t attract them in some way.

How should we think?

We think about the stories we’re interested in and care about based on the information that we previously had or that’s within our immediate reach. We evaluate the information we get from the media and contrast it with our prior opinions. Unless it’s very powerful or we already have certain doubts, it’s not going to change the way we thought about it before we heard that story.

If someone had already formed an idea about what happened in Rwanda, the information we presented at the beginning of this article wouldn’t change their opinion. But what if you weren’t familiar with the event or only had a vague idea about what happened? Then it’s more likely that the media will lead you to think about it in a certain way.

The role of heuristics

Heuristics are simple, easy rules that we use to interpret the world. For the purposes of this article, they serve to interpret the news. When the stories are relevant, the information is processed through a central path and contrasted with previously known information.

When it’s not relevant, the information is processed through a peripheral route. This is when heuristics come into play, as our opinion about the event will depend on the peripheral cues involved in the story.

When the source of the news is considered reliable, as in the case of the Rwandan genocide, we’ll be more likely to believe the information. If I am the source and the readers don’t trust me, they either won’t believe it, or they’ll have some reservations about it.

In the news, terms such as war, genocide, and massacre are often used. These key words give rise to very negative emotions when you think about the story, giving you a bad image of the Hutu people. The negative feeling wouldn’t be as strong if the word “conflict” had been used instead of “war.”

When statistics are presented in the form of a percentage, the news seems more negative. If raw numbers had been provided without being presented as relative to the total, the impact would have been smaller. Reporting the catalyst of the events make people blame the Hutus. If the story had said that the people who had appointed the Hutus to the government were Europeans, maybe the Europeans would have been blamed more.

Every word counts in a news story, and the repercussions will vary depending on how much attention you give it and how much prior knowledge you had. The media’s power of persuasion can be very strong if you’re not aware of those mental processes. Also, being aware of them doesn’t stop the media from trying to control them from the outside, but it does make it possible for you to intervene.

Teaching Children How to Think

Have you noticed that your child experiences very intense moods? Do they show extreme changes in behavior? Do they have very sad periods, and suddenly become very enthusiastic, sometimes with…