I Want to Smile Instead of Feeling Bitter 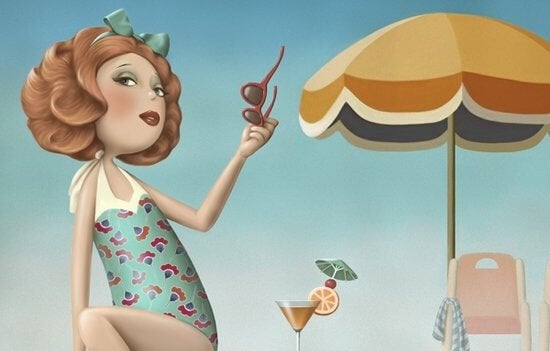 I’ve decided to stop feeling bitter, because such useless suffering makes no sense, because I’ve realized that it’s a big mistake to think that my happiness depends on what other people do or don’t do.

According to a curious study done by the University of California and published in the journal “Psychology Today,” almost 40% of our capacity for happiness depends on simply taking the steps to “change.” However, most of us cling to the same situations, and as a consequence, feel bitter towards life.

They key to being a little happier each day lies in something as simple as controlling the inner dialogue we generate about the things that happen to us.

I’ve decided to stop feeling bitter towards life: now I don’t need anything

This might surprise you, but many people base their lives on needs, and in doing so, create one burden after another: “I need my partner to do this and say that,” “I need to get that job,” “I need that new phone,” “I need to be happier…”

These kinds of thoughts, on top of creating existential bitterness, are also a source of insecurity. When I get my partner to do what I want them to, it’s pretty likely that I won’t feel satisfied, or that I’ll need them to do something else.

What makes people bitter the most is not being able to make life miserable for others.

Instead of basing our existence on needs, on goals that are supposed to help us achieve satisfaction, it’s better to start with smaller things like being okay with who we are and what we have.

On the other hand, be careful not to confuse desires with needs, and even more importantly, understand that most things won’t change just because you don’t like them. If you can’t put up with a coworker, give yourself distance and try to diffuse all of the negativity that they cause you.

Things aren’t going to change, so don’t let people make you bitter any more than necessary. Live by the following expression: “I’ve decided to stop feeling bitter towards life: now I don’t need anything.”

The art of feeling bitter

Paul Watzlawick was an Austrian psychologist and philosopher who, on top of leaving us with the legacy of his Pragmatics of Human Communication, also invited us to reflect on his book The Art of a Life Become Bitter. In it, he shares the mechanisms that people use to convert daily things into unbearable things.

Watzlawick did something very original in his book. He avoided the classic, recurring prescriptions for happiness that appear in every self-help manual so that he could play with the paradoxical nature of our minds and suggest ideas like the following:

The Art of a Life Become Bitter can be summarized by the ability to create negative emotions. Disenchantment, disappointment, discomfort, and anger are states of mind that promote both an uncomfortable and unhappy reality.

If you’re stubborn about not leaving your comfort zone and you refuse to reframe certain ideas and beliefs, it will be very difficult to create change. You’ll become your own opponent, impeding your personal and emotional freedom. Think about it.

I’ve decided to stop feeling bitter, to change the way I see everything around me. From now on, I choose to smile instead of becoming bitter over everything and everyone.

The only change that’s impossible to make is one that you don’t want: change your attitude and you’ll change everything, and life will stop being so bitter.

Creativity gives light to feelings and emotions and a voice to the heart. We're all born with this gift, but things like…

Psychology
Forgive Yourself, Don't Worry About Anything Else

Forgive yourself. Be brave enough to be compassionate with yourself. Stop criticizing yourself, blaming yourself, thinking about what would have happened if…

Psychology
Think About It, Are You Going to Surrender Now?

Today is one of those days. You have fallen again, have failed once more. It seems that no matter how…

Psychology
Effects of Kindness on the Brain

No act of kindness, no matter how small, is a waste of time. These gestures are full of affection, appreciation, and…

Psychology
2 Keys to Help You Connect Emotionally With Others