Universal Health Coverage shouldn't be a luxury. In fact, everyone should be able to access healthcare no matter their financial situation, race, nationality or religion. 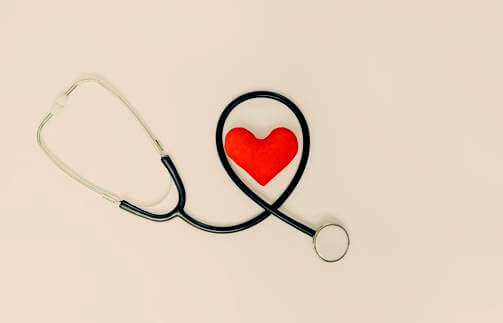 In many different countries, universal health coverage remains something isolated and punctual, pretty much a luxury. The reality is that it should be the main concern of any system that calls itself advanced and even civilized. We’re talking about the fact that developed countries should give space, attention, and priority to the health of all citizens no matter their social status or checking account.

The system that chooses to privatize its services leads to a serious social impact both in the short and long term. Because of this, many lives are lost along the way. The United States represents a clear example of economic hegemony since it’s one of the main world powers. Well, this country is part of the countries that provide greater health coverage. About 25% of the population is unable to cover the cost of medical consultation.

The truth here is that a lot of families lack health insurance. As a consequence, it’s impossible for them to receive proper diagnoses and treatment for minor and serious illnesses. In many cases, simply breaking a leg or giving birth to a child means financial ruin.

Likewise, there’s another reality we can’t ignore: that of immigrants. These people had to leave their countries due to armed conflicts or due to the lack of opportunities in their country of origin. As of today, the lack of free universal healthcare costs lives. In these moments, and in the context of a pandemic, the impact can be devastating. Let’s expand on this a bit more.

On April 7th, 1948, the World Health Organization (WHO) was founded. Ever since then, people celebrate Health Day on this date. By mentioning this, we’re trying to highlight the priority that this famous and necessary organism pursues. The WHO aims to defend the physical and mental well-being of people and promote universal health coverage.

Now, what’s been achieved since the mid-1950s to this day? Certainly, there have been many achievements. In fact, free universal healthcare systems have been consolidated in multiple countries. However, there are still large gaps and unconquered territories when it comes to this matter. So much so, that the WHO itself states that approximately 50% of the world population lacks access to basic health services.

Those excluded from healthcare: a neglected population

Health care isn’t a drag and shouldn’t be a luxury either. The truth is that healthcare is a universal right. For this reason, countries that exclude those with fewest resources or of different nationalities, races, or religions still have a long way to go.

In advanced countries, there are restrictions when it comes to universal health coverage. As a result, each distributor, insurer, and hospital imposes their law. The pharmaceutical industry doesn’t always prioritize people’s well-being or the total eradication of certain diseases. In many cases, their main goal is to create a market, boost demand, and compete.

On World Health Day, healthcare organizations issued a forceful warning. They said that the impact of the coronavirus would be devastating in countries where there’s no universal health coverage. And that’s exactly the way it has been – devastating, to say the least. If countries that already have this right are collapsing, imagine the suffering in those in which health systems are unequal.

Very few countries are technically and personally prepared to cope with the effect of a pandemic. Those countries that have been neglecting their health care system will for sure face consequences. Because it’s impossible for a nation to be safe without good health and without universal (and quality) coverage.

Universal Health Coverage is a principle of humanity

Universal health coverage should be the pillar of all social systems. As opposed to what some may think, it’s far from being an area where one should limit the budget. Additionally, there’s no point in setting it aside in order to prioritize private healthcare. The matter of fact is that it’s the main engine of development. Ensuring its quality and strength is of extreme importance.

Furthermore, political views don’t really play any part here. What truly matters is the state’s moral, ethical, and human obligation not to leave anyone behind. Investing in healthcare, efficient technologies and resources, research and development, treatments, and prevention would benefit the entire society.

Now more than ever, it’s time to reflect on this topic. There shouldn’t be any room for neglect when it comes to health institutions and their workers. It’s time for them to get the respect they deserve. Currently, they’re the ones that fill us with hope through these hard times. Let’s learn from the past in order to do better in the future.

Which Are the Most Resilient Countries?
Resilience is an amazing quality that can help us overcome difficult situations. In this article, discover which ae the most resilient countries. Read more »
Link copied!
Interesting Articles
Illnesses
Smoking Increases the Risk of Complications with COVID-19

Health
The Differences Between Alzheimer's and Parkinson's

Do you know the differences between Alzheimer's and Parkinson's? First of all, we must say that both diseases constitute two…

Health
The Impact of Chronic Stress on Your Health

The impact of chronic stress on one's health is hard to measure. First of all, because stress doesn't only manifest…