Health and Unemployment - A Relationship

Many people are aware that unemployment has many negative consequences and that it's harmful to human overall health. 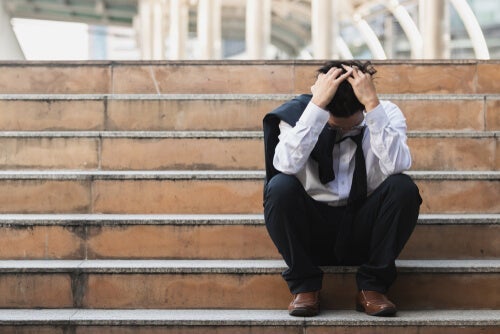 Working, in addition to being a source of income and representing monetary remuneration for effort and worth, fosters social relationships. Not only that, but it’s also an instrument for the construction of your personal identity. Thus, unemployment negatively impacts people’s lives in many areas, especially their health. In addition to having social and psychological consequences, there’s a strong relationship between health and unemployment.

For years, there was a great debate in the scientific community about the health-unemployment relationship. On the one hand, some wondered whether unemployment affects health. On the other, if those in bad health are more likely to end up unemployed and/or find a new job.

Researchers found in a study on this subject that unemployment has a direct effect on people’s physical and mental health. In turn, they found less relevant evidence that health had an influence on whether people could find a job. Thus, they concluded that this relationship is bidirectional.

There’s no doubt that unemployment acts as an important vital stressor since it’s an uncontrollable situation of indeterminate duration. In addition, it’s usually the result of an external agent and compromises access to multiple reinforcers. And as if that weren’t enough, the person must launch a series of personal resources to adapt and change their situation.

Some of the minor stressors related to unemployment are lack of financial resources, family problems, relationship problems, job search, search for help and resources, and facing possible rejection, among others.

When a person experiences a stressful situation, especially during a long period of time, changes occur in their body so that they can face the problem in the best possible way.

As a result, the hypothalamic-pituitary-adrenal axis (HPA axis) secretes the hormone cortisol. Although this reaction is natural, repeated activation can lead to alterations in its activity and cortisol levels.

Some experts associated these alterations with numerous diseases, just like they associated unemployment with abnormal cortisol secretion patterns. Even so, these patterns were different depending on age and sex. They indicated that, although unemployment affects everyone, it doesn’t do so in the same way.

“Dying in the line of duty is heroic, but dying while unemployed is just stupid.”

Unemployment is linked to a worse state of overall health. Although it may be due to the lack of medical insurance or financial resources in some societies, these effects are independent of any received medical assistance.

The unemployed, moreover, usually have a state of subjective health significantly worse than employed people. As for physical problems, it’s not surprising that the health alterations unemployment is associated with are, in turn, related to chronic stress, such as the risk of cardiovascular events, obesity, or diabetes. Likewise, there are other health consequences such as substance use.

In addition, it has numerous consequences for psychological health, decreasing well-being, self-esteem, mood, increasing anxiety levels, and even changing personality.

In this sense, studies mainly focused on the influence of mental health on a person’s ability to keep a job. Taking into account that unemployment involves a series of damages to mental health, the unemployed person falls into a vicious cycle that’s very hard to get out of. That is, someone with worse mental health is more likely to lose their job, and is less able to find a future job. In addition, there are many possibilities for their health to worsen between one event and another.

Similarly, researchers found that people with lower levels of depression had an easier time finding employment, especially men. In contrast, a national survey in Australia found that men’s mental health has more to do with the duration of future employment but didn’t increase or decrease the probability.

For most studies, experts used samples with a clinical population. Therefore, it would be necessary to contrast this information with samples from the general population.

Psychological Effects of Unemployment
Unemployment has a much uglier face than the one that's usually shown: the invisibility and stigma experienced by those who suffer from it. Read more »
Link copied!
Interesting Articles
Clinical Psychology
Hypochondria and Coronavirus: Symptoms and Treatment