Remember that everyone has their own desires, priorities, and needs. That means that treating them the way you'd like to be treated isn't always the best idea. 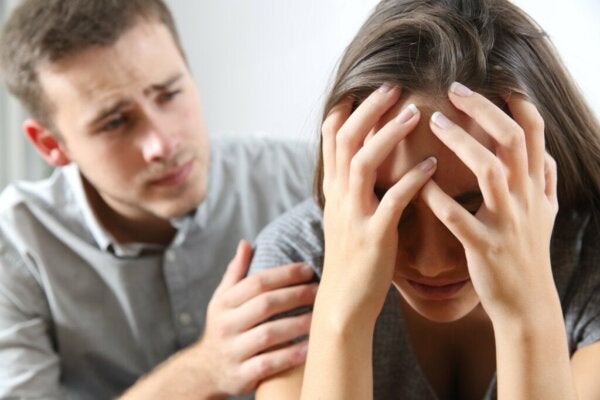 Treating others the way you want to be treated is a moral principle many people and schools of thought share. Philosophers, religious leaders, and influential people promote this idea as a guideline for human relationships. Nearly everyone is familiar with “the golden rule”, though maybe not by that name. Given how universal this concept is, it might surprise you to hear that applying it isn’t always the best approach in social interactions.

We’ve all had moments where someone on the receiving end of our actions completely misinterprets them. Or worse, our well-intentioned actions are actually detrimental to their interests. It seems a bit unfair that someone’s genuine concern for another’s well-being can have a negative impact, but it happens all the time. The reason might be that you’re basing your actions on the wrong perspective: your own.

Is it good to treat others the way you want to be treated?

“Do unto others as you would have them do unto you” is a very famous line from the Bible. And it seems like a great premise. It implies good intentions and a greater awareness of how you behave with other people.

If you apply it, you’ll probably be more honest, understanding, supportive, and kind. This moral principle can motivate you to do a friend a favor when you really don’t feel like it or think twice before criticizing someone.

When you move beyond the general concepts of kindness and understanding to a more practical and concrete plane, the golden rule doesn’t work so well. Imagine, for example, that you buy your best friend an expensive watch for his birthday. When you give him the gift and see his disappointed expression, you might feel confused or even angry.

Maybe your friend was hoping for an emotionally significant personal or handmade gift. Or maybe he expected a dinner or some other shared experience instead of a material gift.

This kind of disconnection can happen in any aspect of your life. These misunderstandings happen a lot between parents and their children, for example. Maybe you’re a dad watching his son go through a complicated or stressful situation. You try to help him by putting his problem into context so he sees that it isn’t as big a deal as he thought, or that the consequences won’t be so serious. Although you’d react well to this kind of support, your son might not feel the same way. Maybe he thinks you’re just trying to make him forget about the situation so he’ll stop bothering you.

Along the same lines, let’s say you fought with your boyfriend and realized that you were wrong, so you decide to call him or visit him so you can talk. When you call, however, they’re annoyed, irritable, and don’t want to have a conversation with you. What’s going on here? Perhaps you see your phone call or your visit as a show of good faith, but it was just too soon for your partner. They needed time alone to manage their anger.

Keep other people’s needs in mind

We’re not trying to say that treating others the way you want to be treated is wrong. It’s a great starting point, but we want to add a caveat: you’d like people to keep your personality and your needs in mind, so that’s exactly what you should do for other people.

Think about the other person’s likes, preferences, needs, and desires. Give them the gift of your ability to step into their shoes and see things from their perspective. Don’t focus so much on what you’d like. Instead, think about what they might want. After all, it goes without saying that everyone is unique.

You might prefer other people to be totally direct and honest with you, but the person you’re interacting with needs tact, understanding, and subtlety. Maybe you prefer to be alone after a fight, but you know your partner likes to have your company, presence, and dialogue. If you’re trying to follow the golden rule, stay with your partner after a discussion.

Human relationships are complex. It isn’t balancing your desires and thoughts with those of the people around you. Nevertheless, if you want to know what the best way to treat other people is, step out of your shoes and into theirs. In conclusion, treat others the way they want to be treated.

Treat Your Children How You’d Like to Be Treated and You Won’t Go Wrong
Treat your children as you would like to be treated. Snuff out their fears, give a name to emotions they do not know how to express, dedicate time to them Read more »
}
Link copied!
Interesting Articles
Family
When You Wish Your Parents Had Been Different

Romantic Relationships
We Need to Talk: The 4 Words Every Partner Dreads

It feels like the world is going to end when your partner says, "we need to talk." For a second your…

When it comes to human communication, non-verbal language is essential. Believe it or not, it provides more than half of…