The Danger of Good Intentions 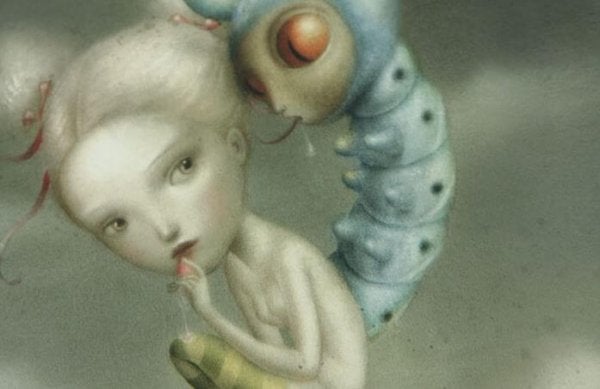 Good intentions are empty if they don’t result in action. But it’s also important to resist taking action too hastily, which could lead to undesired consequences that could discourage you from pursuing your goal.

While we act on good intentions because we want the best for someone, the end result might not always be the one we expected. We often make decisions based on feelings and naively think that anything is possible if it comes from the heart.

“The road to hell is paved with good intentions.”

Things don’t always go the way we’d like them to. Despite our good intentions, we could end up causing a lot of harm. Before you take action, you should reflect on what you’re doing, whether you can actually do it, and what consequences might result.

Even though we constantly receive messages like “if you can dream it, you can achieve it” and “nothing is impossible,” the truth is that there are things that you can’t achieve just because you want them.

If good intentions aren’t supported by necessary knowledge, they can be dangerous. The decisions you make can affect both yourself and the people you love, and even if you don’t mean to hurt them, you still could.

If you wanted to operate on a sick family member in order to save their life, you’d need more than good intentions; you’d need the proper knowledge. Otherwise, you’d end up killing them, even with your good intentions.

The Dunning-Kruger effect states that the less you know about something, the more you think you know. People who know little about a specific subject can feel competent without being aware of their ignorance. For example, many psychologists are tired of hearing “I know more about psychology than you, even though I’ve never studied it.”

“Overestimation occurs, in part, because people who are unskilled in these domains suffer a dual burden: Not only do these people reach erroneous conclusions and make unfortunate choices, but their incompetence robs them of the metacognitive ability to realize it.”

The same thing can happen with the actions we take or the advice we give to others with their best interests in mind. People who start a business on the basis of nothing but good intentions, without the proper knowledge, are generally just sealing their unfortunate fate.

Stuck in our ideas

When you’re looking in only one direction, it’s hard to open your eyes to other horizons. Conflicting ideas don’t mesh well, cause tension, and are poorly received. This is why we tend to disregard other perspectives and only make room for the views we like the best.

The cognitive dissonance effect explains that having contradicting thoughts, such as “I think that I do good things for other people” and “people often tell me that what I do can be harmful,” creates an internal tension that must be eliminated.

Due to the way the mind functions, it’s hard to break away from our preconceived notions. When something contradicts our point of view, the most natural response is to quickly neutralize it by finding something to support our stance or discredit the person who’s proposing the new idea. For some people, this defensive exercise has become so automatic that they’re not even aware they’re doing it.

When cognitive dissonance is added to the Dunning-Kruger effect, the results can be destructive. There’s nothing more dangerous than an ignorant person who thinks they’re capable of any achievement, but who refuses to see any other perspectives than their own.

The importance of knowledge

In some aspects of life, good intentions aren’t enough. When it’s an important matter, like health or well-being, they must be accompanied by professional and ethical knowledge.

Although most people have good intentions, remember that sometimes they’re not enough. Reflecting before you act and obtaining an expert opinion can be more beneficial than letting yourself be guided by beautiful, seductive, dangerous words.

The Drawbacks of Unsolicited Advice
Read more »
Link copied!
Interesting Articles
Psychology
The Best Way to Show Gratitude is to Value What You Have

Love is not something that thrives on its own; this is why habits that strengthen couples are very important. Knowledge…

Have you ever thought about what it's like to be obsessed with order, cleanliness, and following certain rules? Does it…

Psychology
You Need to Accept Reality

When you're faced with something you don't like, you can respond in different ways. You can complain about your bad luck, work to change it, or accept it and work…