Thomas Quick was compared with Hannibal Lecter because he confessed to cannibalism, among other crimes. The most amazing thing about his story, however, is how it ends. 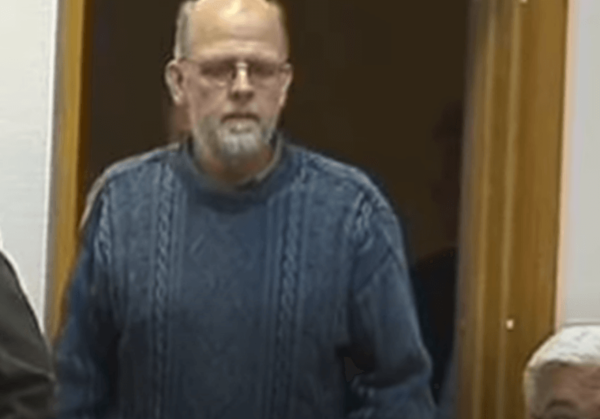 Truth is stranger than fiction more often than you might expect. Many true stories will surprise and fascinate you. For some reason, human beings feel especially drawn to stories about serial killers who’ve committed the most heinous crimes you could imagine.

Thomas Quick is known as the killer cannibal, so some people called him the Swedish Hannibal Lecter. The background of this story, however, reveals something that’s more enigmatic and intriguing than the crimes that were committed.

The story of Thomas Quick has three parts. In the first, the man’s name is Sture Ragnar Bergwall, a man born in Sweden to a deeply religious and fundamentalist family in 1950.

Bergwall became the black sheep of the family. For starters, he was homosexual, which was absolutely unacceptable to his parents. They believed that his sexuality was in direct opposition to their deeply religious values. His parents didn’t just believe it was a sin. They believed it was a crime. As a result, Bergwall learned to repress his sexual inclinations.

In 1991, when Sture Ragnar Bergwall was 41 years old, he walked into a bank dressed as Santa Claus and tried to rob it. All he had was a knife, but he was desperate for money to buy drugs. He didn’t succeed. The police caught him and took him to jail.

During the investigation, Bergwall implicated his best friend at the time in the crime, who was then imprisoned as well. Because of this, nearly everyone he knew turned their back on him, and Bergwall was left practically alone in the world. He also asked to be transferred to a psychiatric prison. The prison administration granted his request.

Why did he do it? Well, it seems that he believed it would be easier to get the psychoactive drugs like the ones he normally used. In the hospital, he met a group of mental health professionals led by Margi Norell, a famous psychotherapist who studied the criminal mind.

When Bergwall was admitted to the psychiatric hospital, he started to write the second half of his story. Suddenly, he started talking about all of the crimes he had committed. He said that he didn’t remember them until he arrived at the hospital and started psychotherapy.

Bergwall claimed he had committed his first murder at the age of 14, and that the victim was a young man named Thomas Blomgren. He said that, after that, he started calling himself Thomas, in homage to the person he had raped and killed. Later, he started using the last name “Quick”, which was his mother’s maiden name. Thus, Thomas Quick was born.

He confessed to a total of 38 murders. Many of them included rapes, dismemberments, mutilations, and cannibalism. The psychiatrists were terrified and fascinated by his story. He was the perfect prototype of a serial killer and an opportunity to further their research.

When the press got wind of the story, they ate it up. Newspapers printed multiple pages about Quick and his crimes. No one could believe how such an evil man could go unnoticed for so many years. People were horrified and started to call him the Swedish Hannibal Lecter, after the main character in Silence of the Lambs.

Thomas Quick was forthcoming with all of the details of his crimes. The police got involved, and Quick cooperated with information about where he had buried his victims. When the police arrived at the sites, however, they didn’t find anything. They started to suspect that Bergwall was toying with them.

During the trial that followed, Thomas Quick spoke about a girl he murdered in 1988. He said he fractured her skull with a rock and told police where the murder had taken place. When the police searched the location, they found a piece of bone. Finally, they had some proof. The jury found Quick guilty of this and seven other crimes.

The last part of this story is the most interesting and surprising. It all started when journalists Hannes Rastam and Jenny Kuttim began looking into the case. There were a lot of loose ends. Many of the elements of the story just didn’t fit Quick’s narrative. Not only that, but the parents of one of the victims denied that Quick was guilty of killing their son, as they had identified another suspect a while back.

The same thing happened with some of the other supposed murders. There were big holes and Quick’s stories ultimately didn’t add up. The journalists kept digging and arrived at a shocking conclusion: absolutely no evidence incriminated Quick. The famous bone shard that the police found was just a piece of wood and plastic.

The reporters visited Thomas Quick on several occasions to try to get him to tell the truth. He eventually confessed that he made up the whole story. He tricked the psychiatrists and the police in order to get attention, privileges, and prescription drugs. This case is one of the biggest and most high-profile mistakes the Swedish government has ever made. Quick was eventually exonerated from all charges.

This is one of those cases where the truth is so incredible that it just begs to be made into a movie. The Confessions of Thomas Quick was released in 2015 with mixed reviews. Whether or not you enjoy the movie, it’s difficult to believe that a person would want to take credit for such heinous crimes.

James Vicary and Subliminal Advertising
In the '50s, James Vicary conducted a famous, yet fake, experiment. Subliminal advertising? Is it true or just a figment of our imagination? Read more »