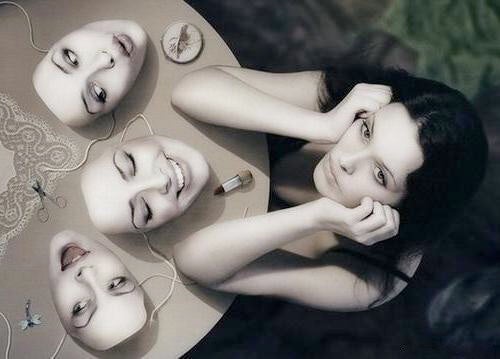 We all know people who live to call attention to themselves. In their most intense form, they are unbalanced, belonging to a larger group of personality disorders.*

They tend to go unnoticed by society because they usually adapt pretty well socially and in the workplace. But their Achilles heel is in their personal relationships, as they’re highly emotional and dramatic, using manipulation to get what they want.

These people are characterized by emotional, affective, and motivational disturbances. According to the American Psychological Association, this personality disorder is characterized by a pattern of excessive attention seeking. It generally develops in early adulthood and includes inappropriate seduction and an excessive need for approval.

“Most of the world’s problems are because of people who seek attention.”

People who constantly need attention tend to have good social skills, although they use them to manipulate others and thus become the center of attention, becoming demoralized if they can’t attract any interest.

They depend too much on how important they are, appearing to have a solid self-esteem, although that’s not true. They seek to reaffirm it through their constant demands for attention. They’re like children who act out or “perform” by singing or dancing to get adults’ attention.

The general pattern of excessive moodiness and attention seeking occurs in diverse contexts:

“People with a big ego need to be the center of attention, crave recognition, and care very little about others. On the contrary, having a healthy self-esteem allows us to respect our own desires as well as those of others.”

People with a high need for affection

People with high emotivity are usually wrong when evaluating their own personal situation. They’re unrealistic, dramatizing and exaggerating their difficulties. They may also change jobs frequently, just like they get bored easily, preferring to quit out of frustration instead of confronting the issue. This is why they’re always looking for something new and exciting, which tends to lead them to dangerous situations.

Hidden within their need for affection and attention is a huge amount of selfishness. In general, the only thing they worry or care about is themselves. They’re very sociable, and they love to be surrounded by people, but only if they can be the focus of interest. If somebody is going through a hard time, it’s not that important, unless they can become indispensable in the situation.

They also tend to be envious of anyone who tries to outdo them or compete with them in their search for attention. They use sex and physical attractiveness to get attention. They think they’re the most attractive people in the world and they have no qualms about being provocative and even inappropriate, thinking that others are wildly attracted to them even when there’s no reason to think so.

Their main objective is to be noticed and to cause a stir wherever they go. They depend too much on feeling important.

It’s recommended that they seek professional help to achieve a healthy self-esteem and understand and internalize the idea that there are other things more gratifying than external recognition, such as taking care of the people they love or even themselves.

“No one has learned the meaning of living until he has surrendered his ego to the service of his fellow man.”

*Personality disorders are characterized by maladaptive behavioral and thought patterns that deviate from social norms.

Do You Know About Borderline Personality Disorder?

It's a fine line dividing success and failure. Not all people who meet their goals are successful people. Just like how…

Psychology
4 Myths About Relationships We Should Leave Behind

We receive many messages about how what romantic relationships should look like. We're getting a constant flow of information, everywhere, on how…

Psychology
The Bad Habit of Being Offended by Everything

We've all known people who are offended by everything. It's really hard to interact with them because at any second…