The Origin of Religion According to Darwin

Darwin is the forerunner of the study of the origin of religions. He believed it became deeply ingrained in the human brain early on. 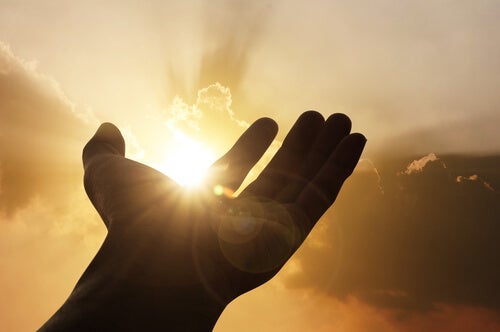 The origin of religion has been linked to the Darwinian theory for the past 150 years. With it, he challenged the common beliefs about human origin and evolution. It definitely changed our perspective.

Keep in mind that Charles Darwin dedicated a chapter to the Origin of Religions in one of his most important books, The Descent of Man, and Selection in Relation to Sex. Thus, if human characteristics are the product of evolution, so is religion.

The origin of religion according to Darwin

Keep in mind that Charles Darwin left one of the most important legacies in the history of human science. With the publication of On the Origin of Species, he crushed every misconception humans had regarding how we became part of this planet.

His far-out way of thinking led to many controversies. The influence of Darwinian research is still huge. In fact, his progress shaped the way humans perceive one another. His research impulsed scientific thinking in the past 100 years and gave a new direction to learn about the past, present, and future life on this planet.

Once Darwin demonstrated that creationism had nothing to do with the appearance of life, why did religions appear? He argues that brain and behavior are also products of human evolution. In other words, everything that survived the passage of time, including religion, has an evolutionary explanation.

The origin of religion according to Charles Darwin’s theories

One of the most important texts to establish the union between Darwinian evolutionism and religious origin is the research by Elizabeth Culotta. She published her essay, “On the Origin of Religion”, on the Origins blog that’s part of Science, the well-known scientific journal.

According to this author, there’s a natural human propensity to believe in invisible deities. The author relies on Darwin’s theories to explain it. He claimed that belief in gods and religions isn’t mysterious at all. According to Darwin, humans probably began speculating about their existence at the very moment they developed reasoning ability. However, curiosity, imagination, and wonder prevailed over the [back then unknown] scientific method.

In other words, human beings, curious by nature, looked for an explanation of their own origin. Thus, in the absence of answers, religion naturally sprouted from the human mind. Thus, it establishes a cognitive science in this regard based on anthropology, neuroscience, and psychology. Mainly to explain the mental construction of religious thought.

“One word more on “designed laws” & “undesigned results”. I see a bird which I want for food, take my gun & kill it, I do this designedly.—   An innocent & good man stands under tree & is killed by flash of lightning. Do you believe (& I really shd like to hear) that God designedly killed this man? Many or most persons do believe this; I can’t & don’t.”

In her work, Culotta names other interesting sources. For example, she references the study of experimental psychologist Justin Barrett of the University of Oxford. Following Darwinian theories, this professor discovered there are functional properties in human cognitive systems that lead us to believe in supernatural agents, namely gods.

That is, Barrett’s theories can be easily linked to Darwin’s since both agree that the beginning of religion could be a part of sophisticated social cognition.

In this regard, one can read what Yale University psychologist Paul Bloom has to say. According to his studies, the human being has a great capacity to imbue everything with spirituality, including inanimate objects. This is how it merges with belief, desire, emotion, and even consciousness, forming the nucleus of a religious movement.

Finally, all of them consider Darwin’s theories on the origin of religion as the true explanation for the origin. The kind of origin that even compares the following of the existence of the gods to the kind of love a dog professes for its human. No doubt Darwin was the forerunner of these professionals. According to this researcher, many societies believed and believe in the idea of ​​the existence of a creator and continue to search for spiritual, invisible beings.