The Zulliger Test for Job Recruitment

The Zulliger Test consists of three different inkblots that psychologists use to evaluate personality traits and an individual's psychological health. Recruiters often use this test on potential hires. 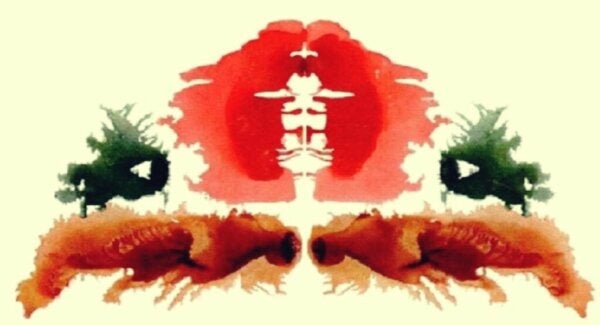 The Z-test, or the Zulliger test, is a projective test that was developed in 1942. At first glance, it’s easily confused with the Rorschach test, which many more people are familiar with. The Zulliger test, however, doesn’t follow the same protocol and has some advantages over its more famous cousin. It’s much easier to administer and its interpretation parameters are quicker.

The goal of the test is the same as any other projective test: to describe personality traits using a psychoanalytical approach. As a result, it’s easy to understand why the test has plenty of critics these days but that doesn’t make it any less interesting. In fact, one of its most common uses is as a tool for candidate selection during the hiring process.

One positive aspect of this test that puts it head and shoulders above other projective tests such as the Draw-a-Person-in-the-Rain test, the Baum test, and the Murray test is that data backs up its validity. Statistical studies of the test give it a robustness that makes it useful for the human resources department.

The Zulliger test: what it evaluates and how employers use it

The fact that the Zulliger test reminds you of the Rorschach test isn’t a coincidence. Hans Zulliger, the Swiss psychiatrist who developed the test, was one of Hermann Rorschach‘s students. If there’s a thing that Dr. Zulliger is known for, it’s his influential work as a child psychoanalyst as well as being a promotor of psychoanalytical pedagogy.

Before the height of his career, he spent several years working with Rorschach. His purpose was to gain a deeper understanding of human personality using the classic inkblot test. Another external factor helped shape his professional career: World War II. When the war started, the Swiss army was looking for tests to help with recruitment and Hans Zulliger was the man for the job.

Zulliger administered intelligence tests, personality tests, and even Rorschach tests. He realized, however, that the inkblot tests were far too complex to use efficiently. What the army needed at that time was efficiency, speed, and the ability to administer the test to an average of 30 people at a time.

It didn’t take him long to develop a new test. Let’s take a look at what his new test entails.

What does the Zulliger test evaluate?

The Zulliger test is a projective test. What does that mean? It means that the instrument at hand provides a lot of subjective answers. The answers come from stimuli that awaken the imagination of the test-taker, as well as their sensitivity, desires, personality traits, etc.

How does the test work?

The test can be taken individually or as a group. In both cases, the test-taker is presented with three inkblots. The person administering the test explains that the images don’t have any concrete meaning, but they tend to evoke different things in each person. The test-taker has to explain what they see in each inkblot.

When the test-taker is done writing out the ideas, feelings, and images that each inkblot triggers, it’s time to talk. Each individual explains to the therapist or psychologist what they see in each detail of the inkblot.

How is it evaluated?

Only skilled professionals who are well-versed in this test are qualified to interpret it. It would be futile and useless for a layperson to try it. An understanding of projective tests and experience with the Zulliger test is crucial.

It’s worth mentioning that, while this is a projective test with clearly subjective answers, it provides a general idea of the individual’s inner life and personality.

Today, many companies use the Zulliger test during the hiring process, along with other tests. Even though it was developed more than eight decades ago, it’s still an interesting and useful tool.

The Rorschach Test – The Projective Test to Assess Personality
The Rorschach test has been around for almost a hundred years, and remains one of the most interesting psychodiagnostic techniques. Read more »
Link copied!
Interesting Articles
Organisational Psychology
Working from Home with Children in the House

Work
10 Steps to Being a Good Co-Worker

Finding a good co-worker is one of the best things that can happen to you at your job. Think about…

Coaching and Leadership
Did You Know You Can Build a Vocation?

Many people think vocation is innate, but they're wrong. You can build it. It's true that some people are born…

Coaching and Leadership
The Advantages of Autocratic Leadership

Fake freelancing is when a company hires an independent contractor to do the work of a full-time position without providing any of the benefits. It's an illegal cost-cutting strategy that…