Silenced ancestral trauma refers to painful experiences a given member of a generation experienced and kept to themselves. Unfortunately, there's evidence that this trauma unconsciously transmits from generation to generation. 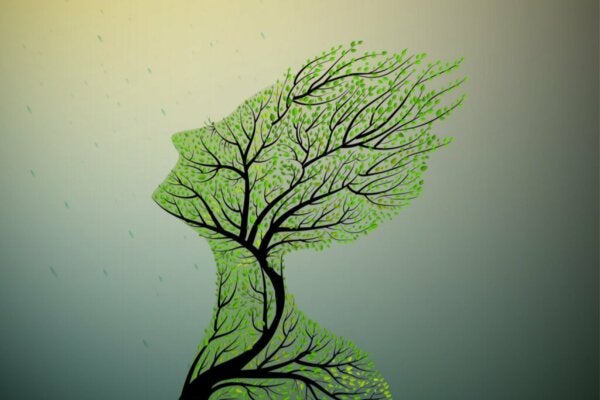 The concept of silenced ancestral trauma began to gain importance just a couple of decades ago. Neuroscience brought the role of repression in family history to light, even though currents, such as psychoanalysis, had already noticed it.

People used to believe that genetic information was immutable, as every person had a predestined fate and there was nothing they could do to change it. Today, it’s clear that genes either activated or not depending on experience and states and behaviors such as stress or exposure to pollution. In addition, abuse, post-traumatic stress, and similar experiences also inhibit or trigger the manifestation of much of your genetic information.

Each person is born with a phylogenetic imprint, one that can condition your life in important ways that go beyond disease. Silenced ancestral trauma is one of those realities that greatly impact a person’s behavior. For example, they might be particularly sensitive to frustration or extremely anxious for no reason.

The background to the concept of silenced ancestral trauma is in the work of Sigmund Freud. He spoke about some of the current ideas but didn’t develop them in depth.

Nicolas Abraham, Mária Török, Françoise Dolto, Anne Ancellin Shützenberger, and Didier Dumas analyzed several cases of delirium in children. They discovered they had content that was also present in their parents and grandparents. Then, they shaped the idea of an “ethnic unconscious” and thought some children “represented someone else’s emotional burden”.

Since then, the idea of “transgenerational inheritance” began to a part of it. This idea proposes that unconscious contents, particularly silenced conflicts, transmit from generation to generation until someone finally resolves it. Thus, such conflicts appear in the form of a symptom in descendants.

This refers to a condition in which a person who experiences the events of the family nucleus can’t process them. Therefore, they unconsciously transmit to the generations that follow (transgenerational transmission). Whoever receives that burden unknowingly experiences it as a void or an inability to adapt and live in peace.

Ancestral burdens are related to traumatic events that cause horror, shame, excessive suffering, and repression. The affected person can’t speak about them for various reasons. Therefore, they don’t elaborate on their content. Instead, it becomes encrypted, something to never speak about.

The event or what it’s related to becomes unnameable in the second generation. The members of that second-generation sense it, but aren’t aware of its content. This is because it’s unconscious, a legacy they received even though they didn’t necessarily accept it.

In the third generation, the unnameable becomes unthinkable. The person knows it’s in their consciousness but can’t quite access it. Thus, there’s no possibility of giving it a verbal or symbolic representation. So what happens?

The effects of silenced ancestral trauma

As you can see, silenced ancestral trauma reaches the two following generations. When the third generation reaches the register of the unthinkable, the affections linked to the repressed have already been transformed into deaf suffering that induces a radical discomfort. What happens then is the depositary of this unmentionable unthinkable secret is forced to elude or avoid all those words or ideas that refer to the original event. The one that caused the trauma, that is.

In turn, the burden impels them to break the silence. At that point, they construct an incongruous discourse. This is because it’s the only possible way to refer to the subject. They can’t speak about it but know it’s there and feel its weight. In fact, it manifests as disorganized content. Sometimes, it manifests as psychosis or a serious illness.

Silenced ancestral trauma hasn’t really remained silent. Anything a person represses will return but not in an organized way. It takes a different appearance. In general, one lives again through acts there are no words for.

There isn’t enough information about the transgenerational transmission of ancestral trauma. Thus, speculations continue to merge in some areas of the current knowledge, as this is still a relatively new and unexplored terrain. Finally, anyone can explore their family history and find valuable elements that can help them understand why they may act a certain way.

Epigenetics: Can Tragedies be Inherited?
Negative experiences can leave a genetic trail in the sufferer and transmit it to the next generation. Learn about how you can inherit tragedies. Read more »