Freud on Developing a Strong Sense of Self

Sigmund Freud believed that to have a strong sense of self (or ego), the id and the superego have to be in harmony. In other words, your desires and social obligations should coincide. 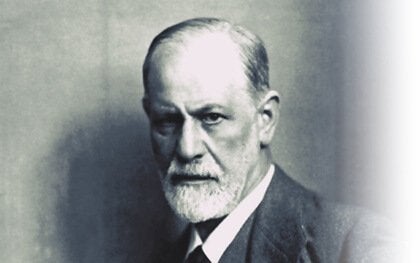 We should start by saying that many of the foundational psychoanalytic ideas aren’t valid anymore. Concepts like penis envy or feminine hysteria are obsolete. Nevertheless, psychoanalysis has managed to stay relevant by embracing new ideas and adapting to modern times.

In his day, Freud’s ideas were new and risky. One of his nicknames was “the Viennese Quack” because people thought his techniques were too crazy. Nevertheless, the fire he set all those years ago is still burning, although it has lost some of its heat. Studies like this one from Linköping University in Sweden show that psychoanalysis’s main problem these days is how long the treatment takes.

This type of therapy requires four sessions a week for as many months or years as the patient needs. These days, people have a hard time making that kind of time commitment. Modern life is demanding and we’re used to instant gratification. Adjusting to such a long treatment plan isn’t always possible. This is why modern therapists rely much more on quicker therapies.

Sigmund Freud would be totally against that. He believed that one of the key goals of any psychoanalyst should be to work on the patient’s sense of self (ego). The psychoanalyst must turn this mental force into a healthy individual and heal any conflict that gets in the way of their freedom and well-being.

In order to do that, Freud believed that commitment, time, and a patient that was willing to go deep were required.

“Being entirely honest with oneself is a good exercise.”

One of Freud’s most interesting works is definitely his book An Outline of Psychoanalysis. Interestingly, this is actually an unfinished book. When he wrote the book, Freud was in exile because of World War II. He was already quite old, and his health didn’t allow him to finish what ended up being a posthumous and revealing book.

The book was a synthesis of what he had already written about. However, he also used it to delve deeper into his most relevant theories. Some examples of those are the mental apparatus, interpretation of dreams, and psychoanalytic technique. The most important part of this book is the further definition of the concepts of “the id, the ego, and the superego”.

For the first time, the celebrated Viennese psychoanalyst delved into the idea of a strong sense of self and the human need to consolidate this sense of self within the mental architecture. Freud also said that it’s complicated to develop a healthy sense of self. Freud believed that that’s why many of us aren’t fulfilled, happy, or free.

Reasons why you haven’t developed a strong sense of self

There are two opposing forces that coexist inside of you. On one hand, there is the id, with its basic and elemental needs. On the other hand, you have the superego that reflects the internalization of society’s strict rules. The superego limits your desires, aspirations, and dreams.

How can I develop a strong, healthy, and happy sense of self?

In the book The Outline of Psychoanalysis, Freud explained that there are a series of factors that determine whether or not you can develop a strong sense of self. He proposed the following causes:

As you can see, Freud believed that childhood is a very important time in a person’s life. Nevertheless, the truly valuable part of his posthumous work is the advice he gives to help develop a strong sense of self:

How to have a strong sense of self

In conclusion, many of Freud’s ideas are still relevant today and invite us to reflect on some important concepts. Strengthening your sense of self is something you have to work on every day for practically your whole life. Thus, just keep working on yourself. It’s completely worth it!

Psychology
5 Signs that the Time Has Come to Change Jobs

Staying in a job you hate can have serious consequences. Your mind is affected by a situation like this. Your body…

Psychology
Divergent Thinking: What It Is and How to Develop It

Divergent thinking, or lateral thinking, is about generating multiple creative solutions to the same problem. It is a spontaneous, fluid,…