Neil Howe and William Strauss authored a theory that states that, every 80 or 90 years, the world experiences a major crisis. Interestingly, in the 1990s, they predicted there would be a crisis in 2020. 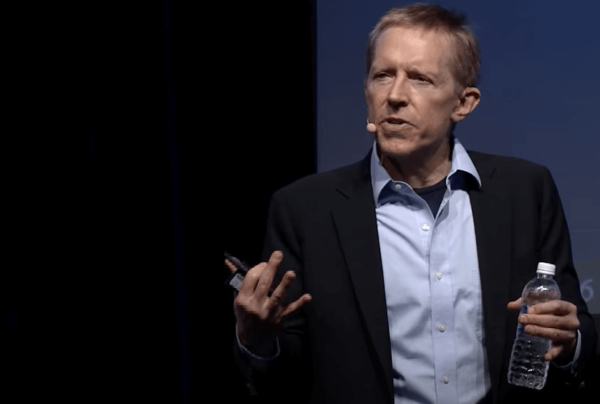 Neil Howe is one of the authors of a controversial theory published in the 90s called the Strauss-Howe generational theory. The theory has piqued public interest again in recent months. That’s because the economist and demographer predicted that the United States would experience a major crisis in 2020.

The prediction was based on a historical pattern that he noticed in his research. Along with his colleague William Strauss, Howe found that significant changes in the United States and other nations were closely related to generational changes. They measured each generation by 20-23 year lapses.

According to the Strauss-Howe generational theory, many nations undergo decisive changes every four generations. They calculate that to be about 80 to 90 years. They argue that, when this period is over, a radical transformation in the social and political structure occurs.

“One reason why the cycle of archetypes recurs is that each youth generation tries to correct or compensate for what it perceives as the excesses of the midlife generation in power. It’s no surprise that Boomers (a Prophet generation, focused on values, individualism, and inner-life) have given birth to Millennials (a Hero generation, focused on actions, community, and institutional life).”

The authors never talked specifically about a pandemic. What they predicted was significant social unrest along with an economic and political crisis. They believe that both the United States and other countries go through cycles of major crises that work like the changing seasons in a year.

In their study, they also showed that generational cycles have coincided with these important historical events: The Glorious Revolution, the American Revolution, the Civil War, World War II, and the Great Depression.

The four types of generations

Neil Howe and Strauss proposed four different types of generations. Each one of these corresponds to a certain archetype. The first “turning”, or first generation of each cycle, according to the researchers, is like spring. This is the generation that follows a major crisis.

The first turning leads to orderly societies with strong institutions and a fierce sense of collective progress. Individualism doesn’t have a place here. Instead, a “majority rules” mentality shapes the culture. Howe and Strauss call it the silent generation.

The second turning, or second generation, is like summer. It’s characterized by behavior that’s the opposite of the previous generation. Instead, individualism is highly regarded, and people have a hard time adapting to pre-set norms.

This is a passionate and very creative generation. These traits help them create important cultural changes and shifts in values. People in this generation type tend to foment religious changes. They also foster “awakenings” in many other spheres.

The fall and winter generations

The third turning corresponds to autumn. Here, the individualism of the second turning becomes irresponsible. As a result, any sense of community or the collective essentially disappears. The authors argue that cynicism and bad behavior define this generation.

Members of the third generation take the expression of individuality to its maximum expression. Consequently, they create focal points of inequality and injustice. Their sense of civic duty is extremely low. More than anything, they prioritize individual liberty.

The fourth generation of the cycle is winter. This is when major political and social crises occur. This generation rediscovers a civic identity and the value of community. The authors believe that this cycle often coincides with war or armed conflict.

A radical transformation in 2020

The Strauss-Howe generational theory identifies these cycles in history. Particularly in the United States, but also in Eastern Europe and Southern and Eastern Asia. In fact, they argue that, since World War II, the whole world is going through these similar cycles.

Howe and Strauss predict that, in the next few years, we’ll see an increasingly radical demand for governments to do more. Radical conservatism is going to lose strength. That, in turn, will give way to more socially-minded alternatives.

In conclusion, Neil Howe believes that the world is already in the second half of the fourth turning. If he and Strauss are right, big transformations are on the horizon. They also predict the probability of large-scale armed conflict. If we’re to believe the Strauss-Howe generational theory, radical change is coming in the next few years. We’ll know soon enough if their theory holds water.

Link copied!
Interesting Articles
Theories
William James and His Conception of the Truth