How Can I Contribute to Bettering the Environment In My Community?

Bettering the environment is a common goal. In fact, from a purely selfish approach, the consequences of not doing so affect us all. In this article, we propose some measures that can add to this goal. 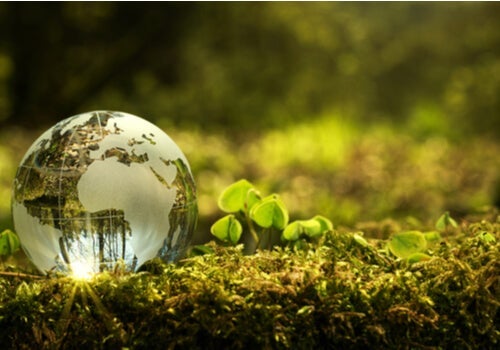 Bettering the environment is a goal that all human beings should share and pursue. In this sense, there are different sources dedicated to the study of environmental impact, such as Greenpeace and FAO, which tell, with accurate data, that our planet needs care… and urgently.

For example, according to FAO, 8.8 million hectares of forest disappear each year, an area bigger than the community of Andalusia.

These data confirm that the damage caused to forests has an impact on each one of us since it represents an attack against biodiversity. As a consequence, there’s also a loss of energy sources and natural spaces, which are essential for the planet to remain habitable.

The answer is simple: YES, carrying out small deeds to better the environment, no matter how small they might be, is helpful. Each measure that you take adds up and contributes to a better habitat. The important thing is that you really focus on simple tasks aligned with this goal.

“The environment and the economy are two sides of the same coin. If we can’t sustain the environment, we cannot sustain ourselves.”

Bettering the environment: a task for everyone

The Greenpeace organization introduced “the rule of the three Rs”, which refers to “Reduce, Reuse, and Recycle”. It consists of a proposal on consumption habits with the main goal of reducing the volume of waste generated, as well as promoting a responsible consumption of resources.

First of all, reduce refers to minimizing the resources you consume. In other words, it’s about reducing the consumption of both energy and goods. In this sense, you can start simple tasks, such as: closing the faucets when you’re done using them, avoiding leaving electrical appliances plugged in, using energy-saving light bulbs, and taking advantage of natural light whenever possible.

“Never doubt that a small group of thoughtful, committed citizens can change the world. Indeed, it’s the only thing that ever has.”

Second of all, reuse consists of using an instrument, tool, or object more than once for the same or different use. For example, use supermarket bags again or take advantage of boxes that are just sitting in your home and use them as storage. Also, reusing means creating new things with used or discarded materials.

Finally, if bettering the environment is what you want, you can recycle. This consists of separating the waste with the idea that they can be transformed and then used one more time. It’s vital to differentiate between plastic, glass, cardboard, and waste and introduce them in their corresponding containers. However, while it’s true that most of us know what recycling is, do you really know how to recycle correctly? That’s something you should ask yourself.

Take care of your surroundings

The environment belongs to everyone. Therefore, it’s everyone’s duty to make responsible use of it. In order to do this, it’s essential that we all start taking care of what surrounds us.

Let’s show a great example. If you have the goal of bettering the environment but don’t know where to start, pay attention to this tip. Whenever you make use of a public place, such as a beach, field, swimming pool, park, etc., make sure you leave the space as clean as you found it. Littering is extremely detrimental to the environment. Now, if you go somewhere that’s not in the cleanest state, take some time to remove the waste and keep the place clean.

By the way, this is much easier when it’s a group effort. Don’t keep your willingness to better the environment to yourself. The more people that contribute to the cause, the better.

Carpooling when going to work, choosing public transport to move from one place to another, or riding a bike and, when possible, walking to reach the desired destination, are a wide range of transportation alternatives with which you can contribute to bettering the environment. Why is it important to take action in this regard?

Well, decreasing the number of vehicles on the road reduces pollution. As a matter of fact, choosing other alternatives as a means of transport has a lower environmental impact due to CO2 emissions that occur in the combustion of vehicles, as data from Greenpeace states.

Greta Thunberg: The Activist Who Wants to Shake Up the World
Greta Thunberg may not save the world from the climate disaster that's on the rise. However, we're sure that this 16-year-old girl will achieve something. Read more »
Link copied!
Interesting Articles
Curiosities
Otherkin - People Who Don't Identify as Human