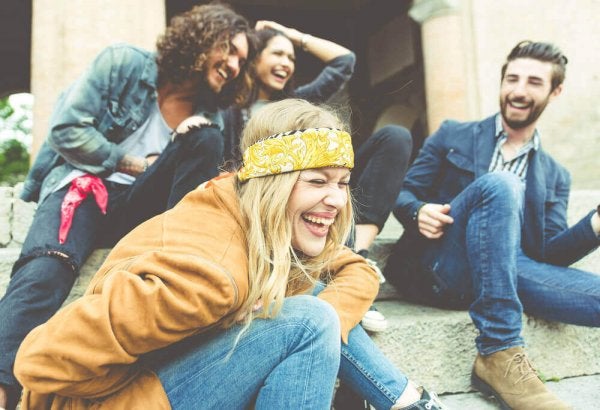 First of all, the word ‘snowflake’ references their originality, since all snowflakes are unique. According to some people, this generation came to be due to childhood overprotection.

Where did the term ‘snowflake generation‘ come from?

During the decade of 2010, a whole generation reached adulthood. This is where the term ‘millennial’ comes from. These people grew up during the rapid development of new technologies and are virtually digital natives.

Chuck Palahniuk, author of Fight Club, first coined the term in this book, where he explains that “nobody is special, nobody is a snowflake”.

Furthermore, Chuck Palahniuk defines the snowflake generation as a new Victorian era. He says that the people who belong to it are easily offended. For example, he says that every generation is offended by certain things. However, this generation gets offended by everything.

In general, people who belong to the snowflake generation have an exaggerated sense of uniqueness. Older generations brand them as fickle, sensitive, and of having an exaggerated sense of what’s politically correct. Additionally, critics also label them as a conflictive generation since, according to certain opinions, they can’t tolerate criticism, especially if it’s an intelligent attack on their way of thinking.

However, half of the workforce in 2020 also seems to have some advantages or virtues compared to other generations. As we mentioned above, this generation is made up of digital natives, which means that these people know a lot about technology and learn new things quickly. Thanks to their lack of patience, millennials often find creative ways to solve problems. Consequently, they can adapt faster to changes. And this is useful since the work world is requiring people who can adapt to anything.

The snowflake generation also has unique problems that the rest of the generations often neglected. For example, older generations make fun of the fact that they tend to have anxiety when they have to face new challenges. This had never been seen before in society or in the business world.

Are millennials really that unique or do they live in a society that’s not ready for them? Until half a century ago, computers, advanced technology, smartphones, and tablets didn’t exist. For the snowflake generation, these inventions, in one way or another, have always been a part of their life. The other generations have a hard time understanding this. Likewise, they don’t understand how growing up with technology can affect mental development.

For example, it’s understandable that someone who’s used to the speed of current communication may not see the point of writing a letter. We can’t unlearn natural processes. However, we can learn to tolerate other ways of seeing the world. At the end of the day, although this generation is often accused of being intolerant, it’s the media who ironically only points out their negative aspects.

The Boomerang Generation: The Kids Who Move in with Their Parents
The boomerang generation is one of the fastest growing trends in the world. All the young people are moving back in with their parents. Read more »
Link copied!
Interesting Articles
Culture
12 Angry Men: How a Leader Can Change a Group's Opinion

12 Angry Men is a drama film written by Reginald Rose. Initially, he wrote the script for television. However, producers later adapted…

Culture
33 of the Best Positive Thoughts

Today, I invite you to read 33 of the best positive thoughts that can be found in our collective human…