Is There a Collective Unconscious? 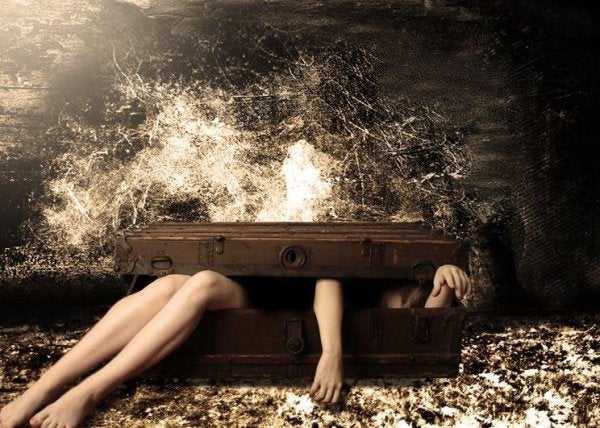 Let’s start with an example: When we were little we all learned to ride a bicycle. After a while we didn’t even stop to think about how to keep our balance and pedal without falling to the ground. Our brain and our muscles had stored that information to automate it.

Experts speak of the collective unconscious as something “innate to human beings,” a kind of experiential storage that we all possess alike as a species, something like a “universal library.” It’s an idea that has a certain beauty. It suggests that all people have the same legacy, something that resides in a part of our brain like a small trunk. Even though we do not remember it, it is there.

The collective unconscious and dreams

It was Carl Jung who coined this term based on his long experience in psychiatry. For him, in our brain, in our mind, there are some concepts called “archetypes.” These are the basic dimensions of humanity: love, fear, integrity, being. Essential dimensions that we all feel and suffer alike. Something innate that we acquire at birth and at the same time inherit from our parents, and they, in turn, have inherited it from theirs.

And now the question is: How do we access them? How do we remember them? It’s like remembering how to ride a bike, or how to stay afloat when we swim. According to Jung, the way to reach them is through dreams. Hence, much of his research focused on the field of dreams. A place where we have access to that unconscious we all share.

Is there really a collective unconscious?

To accept the existence of the collective unconscious, we should start believing that life and the entire universe is living matter. Samuel Batler said, for example, that all life is an unconscious memory by stating that even the atoms themselves have it.

All this would suggest that when we are born, we come into this world with a kind of base memory genetically inherited from the origin of human beings. This is something we have evolved generation after generation, unconsciously keeping it in our memory.

We all feel the same impulses: love, anger, rage, fear. They are very strong emotions that are installed in our body and the body is something we all know how to recognize. There are such kinds of fear that many share alike: fear of the dark, surely a basic survival instinct, not being able to defend ourselves…

According to Jung, humans often have very similar dreams. Situations, visions and experiences that we do not really know how to explain, but that are often repeated in other people and in different cultures.

Perhaps it is no more than a chimera of a psychiatrist, or perhaps it is true that we all share a “library of wisdom” in common. Do you agree?

Psychology
How Do Your Personality Traits Affect Your Life?

All of us know, or can at least intuit, that our personality influences how we face obstacles, treat others, or…

Psychology
How Does One Develop a Psychological Disorder?

We are used to talking about different psychological disorders based on the symptoms that characterize them, but not so much…