The Social Vision of Mental Disorders

Society, like psychology, has evolved in its conception of mental health. However, the social perspective regarding mental disorders is often perverse. This is because it skews the perception of a mentally ill person and of clinical practice in general. 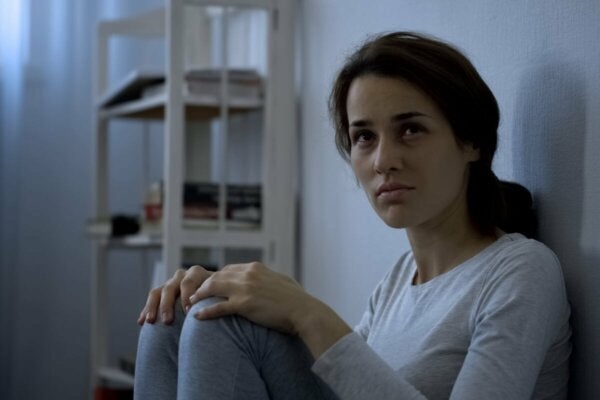 The work of psychologists has been attacked on many occasions and from countless fronts. The critics aren’t always constructive, unfortunately. The social vision regarding mental disorders is often based on popular myths, tavern jokes, internal debates, different currents, ignorance, or on the words of those who think they speak wisely but are ignorant. Added to labor intrusion, the reproduction of models, and the failure to establish strong methodological bases before proceeding to investigate.

This problem hasn’t had trivial consequences. In fact, they’ve directly affected the social concept of mental disorders and all those who’ve suffered from one.

“I don’t suffer from insanity. I enjoy every minute of it.”

Furthermore, there’s a false paradox in psychology about learning by affectation. Nobody would perform surgery without having studied medicine, regardless of how much they need it. However, there are many people who write about depression, validating their speech or recipe book about the suffering they managed to leave behind. They even believe that a model that’s logically contracted from their personal experiences can perfectly extrapolate to everyone else. What you have to do is ____ (fill in the blank).

A different look at the field of psychology

Up until recently, those who sought advice from a friend were considered normal while those who knocked on the psychologist’s door were insane. Consultations, diagnoses, and interventions were hidden like dust, under the rug, when visitors arrived. The fear associated with a confession of mental disease was that of rejection, that of becoming the subject of gossip in the neighborhood.

Fortunately, this is changing and psychologists seem closer to the street every day. Mental health isn’t only a guarantee of professional success, that of emotional intelligence or the ability to delay rewards as predictors of success. In fact, it goes further than that. It’s a source of well-being, it’s about feeling good. Thus, it’s investing in your body such as exercising or following a healthy diet.

Those who’ve suffered this time of darkness for psychology, the most affected ones, had a mental disorder. Here’s an example so you can understand it better. It isn’t original but taken it from a dialogue in the novel by Louise Penny entitled Still Life. Any reader who loves mystery novels and who enjoys stories in which characters have a deeper role than acting as mere suspects would enjoy it.

“I was a psychologist in Montreal a few years ago. Most people knocked on my door when they had a crisis, and most of these crises boiled down to a loss: loss of a marriage or an important relationship; loss of security, a job, a home, a father, or a mother. Something drove them to ask for help and to look inside. Often, the trigger was either change or loss.”

“They can be the same for someone who can’t adapt.”

This testimony from a fictional psychologist largely reflects superficial social perception. Superficial because, the common denominator, that is the impulse to ask for help, doesn’t come from loss but from pain.

The kind of pain that isn’t exclusive to those who don’t have the ability to adapt, on one hand. On the other, the use of a resource, such as consulting a psychologist, is a sign of adaptation in most cases.

The patient as guilty of their own mental disorder

The dialogue continues and reaches the most interesting and dangerous point. The novel’s psychologist/bookseller says: “After spending twenty-five years listening to their complaints, I finally closed down. I woke up one morning and saw something that didn’t become a forty-five-year-old client who acted like he was sixteen.”

Every week she came with the same regrets, “Someone’s hurt me, life isn’t fair, it isn’t my fault. I spent three years proposing things to him and he changed nothing during all of this time. Then, I suddenly understood as I listened to him that day: he didn’t change because he didn’t want to and had no intention of doing so. We were to continue staging the same farce for twenty more years. It was then that I realized that most of my clients were just like him.”

The fictional psychologist is wrong about mental disorders and his way of thinking is still a myth to a large extent. His premise that someone doesn’t find relief, cure, for a mental disorder due to their absence of desire or will is just wrong. This is because the secondary gains from the situation you’re in are powerful enough to thwart any attempt at intervention. In other words, the pain isn’t such that the patient wants to invest their effort in adopting changes that would make their customs/habits/dynamics more adaptive.

Either by omission or commission, this way of seeing reality ends up finding the patient guilty of their non-recovery. Thus, being guilty/responsible wouldn’t be worthy of the attention it could deserve from its environment or from the resources the system could make available to them.

“They’ll get better when they decide to _____ (fill in the blank),” says more than one. This may just be one of the most perverse thoughts out there in this regard.

When We Confuse Personalities and Mental Disorders
The bulk of society continues to confuse personalities and mental disorders. People are still staying things like, "I feel like a schizo" or "I'm so bipolar". Read more »
Link copied!
Interesting Articles
Clinical Psychology
Eco-Anxiety, a Consequence of Climate Change