Marquis de Sade's literary works turned him into an icon of evil. Though de Sade's writing describes sexual perversions, he certainly didn't invent them. However, what society didn't tolerate was the exposure of things that were happening behind closed doors. 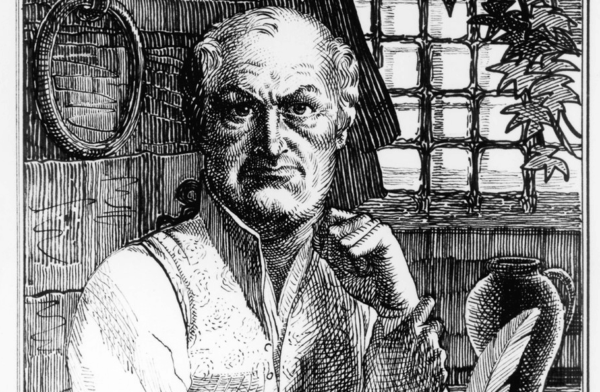 There are many legends about the Marquis de Sade, who he was, and what he did. Most of them are baseless and false. Looking back on his life and work, it would seem that his biggest “sin” was thinking about sex and writing about sex in a way that challenged the taboos and hypocrisy of the time.

If what he wrote about was absurd, or “crazy” as they accused him of being, people would’ve simply ignored him. The violent and harsh reactions to his work are a sign that his ideas weren’t preposterous, but they were something that no one wanted to talk about in the open.

“Your body is the church where Nature asks to be reverenced.”

Marquis de Sade’s name is the origin of the word “sadism”. The definition of sadism is the tendency to derive pleasure through acts of cruelty against another person. This isn’t exactly what Marquis de Sade wrote about, but that’s what history usually remembers him for.

Marquis de Sade’s full name was Donatien Alphonse Francois de Sade. He was born in Paris on June 2nd, 1740. He came from a noble family, part of the Bourbon dynasty. His father, a French diplomat, left de Sade to the care of his grandmother and his paternal aunts from the age of four.

Later, one of his uncles, Jacques François Paul Aldonce de Sade, a recognized libertine, took Marquis de Sade under his wing. He hired Jacques Francois Amblet to be his tutor. Amblet would end up spending many years with de Sade.

When Marquis de Sade was just 16, he participated in one of the battles of the Seven Years War. He did so well that the French army named him Colonel of a Burgundian Dragoon regiment. Later, he returned to Paris and was forced to marry Renèe-Pélagie Cordier de Launday de Montreuil, in spite of the fact that he was in love with another young woman. Shortly after they married, the scandals began.

Shortly after his marriage, Marquis de Sade formally started his career as a writer. In 1763, he was arrested for 15 days, supposedly because he had written something with highly sexual content. Also, because he had several lovers and was often in the company of sex workers.

Two years later, the famous Arcueil scandal took place. According to Rose Keller, who was working as a prostitute, Marquis de Sade whipped and tortured her. The event had serious repercussions for de Sade, and the details of what happened have evolved over time. Thus, it’s hard to know what really went on. Whatever the case, they sentenced de Sade to seven months in prison.

After the French Revolution, the Marquis de Sade was first sent to an insane asylum and later freed. He was 51 and in very poor health when he was finally released. Even so, during the Reign of Terror, Robespierre once again sentenced him to death, and he only narrowly escaped the guillotine. When de Sade left prison this time, he was practically destitute.

His writing triggered significant apprehension because he described rape, paraphilia, and all manner of perversions. Napoleon himself threw Marquis de Sade’s novel Justine into a bonfire and declared that it was “the most abominable book ever conceived”. During that time, people destroyed much of Marquis de Sade’s writing, which is why we’re missing a large portion of his work.

In 1801, the Napoleonic regime accused him of “liberation dementia” and sent him to an insane asylum. His family burned what was left of his writings after Marquis de Sade died in 1814.

Several generations of writers, especially those of the surrealist ilk, have rescued de Sade’s work and advocate for its value. Even today, there’s controversy about his contributions to the world of literature. While Breton called him “the Divine Marquis,” Bataille argued that his work was an attempt to justify criminal behavior.

The Science of Evil
Many researchers have tried to get closer to the concept of the science of evil in an attempt to find out the root causes of evil behavior. Read more »
Link copied!
Interesting Articles
Biographies
Astrologer Nostradamus - The Most Famous Prophet