The Seven Virtues of Victor or the Bushido Code

The Bushido code was developed by the ancient Japanese to give a sense of humanity and honor to the battles of the samurai. Read on to discover it! 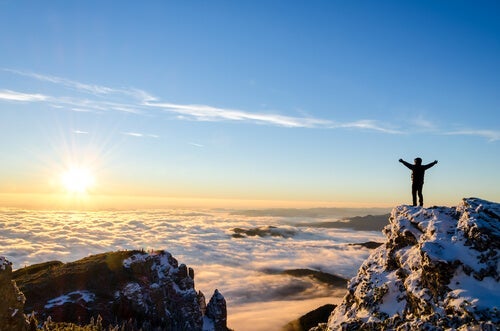 The Bushido code is an ancient list of Japanese principles. Originally, this set of guidelines for life was followed strictly by samurais. The word “bushido” means “the way of the warrior”.

For Japanese samurai, the Bushido code wasn’t just a list of precepts they should follow. As the translation above suggests, it’s actually more of a way, a path. To put it more simply, it’s a process. They saw it as a guide to help them “become” better people, not an unquestionable set of laws.

The main goal of the Bushido code was to create warriors who could fight for what they believed in, without losing their humanity. It was also about knowing how to lead other people. In some cases, the values involved were even more important than fighting itself. Keep reading to discover the seven virtues of this ancient code.

“Rise up above the masses of people who are afraid to act.”

The Seven Virtues of the Bushido Code

The Bushido code links rectitude with the act of making honest pacts with people and fulfilling them. That means being true to your word and making good on your promises. In a certain way, all human relationships are like that: a constant pact.

The samurai also linked the concept of justice to their own self-awareness. There was no law that decided what was just or not. The idea was that people should hold to their own sense of what was right. But that didn’t mean everything was in a grey area; it was still black and white.

Courage basically means being willing to take risks to get what you want. The way of the warrior says that you shouldn’t hide in your shell like a turtle.

Samurais were supposed to take risks and put themselves in danger. They wouldn’t do it blindly, though. They were always cautious and respectful. That helped them live full, amazing lives.

Unlike modern day warriors, the samurai tried to be good and compassionate. They saw it as an expression of their inner and outer strength. They didn’t believe that fighting stopped them from feeling compassion or being able to put themselves in other people’s shoes.

In fact, compassion only made their efforts and achievements more legitimate. To them, taking pleasure in other people’s pain was disgusting and immoral.

Politeness is strongly related to compassion. It basically means avoiding unnecessary displays of strength and never being cruel.

For a true warrior, not being polite and proper in a battle might as well have meant you were an animal. The Bushido code says that politeness comes just as much from courage in battle as it does from the respect to empathize with an enemy, even after you’ve defeated them.

5. Honor: A Fundamental Part of the Bushido Code

Almost all of this philosophy has to do with honor. Both the samurai and the Japanese consider this a crucial value. Being honorable means acting properly, following good ethical principles, and fulfilling one’s duties.

Once again, the samurais put a big emphasis on self-awareness. They believed that everyone needed to take responsibility for their own decisions and actions. It doesn’t matter what other people say, or what has been written elsewhere. In the end, we all have to answer to ourselves.

This virtue has to do with the massive value that samurais placed on their word. They literally have a saying that “Speech and action are one and the same”.

This virtue is about being completely consistent. Giving your word, speaking, and promising are all just minor actions. A true warrior knows that their word is also a weapon because they use it to convey respect.

Duty isn’t something someone imposes on you. It’s something you choose. That’s why it’s so important to hold to your word. If you don’t fulfill your promises, you dishonor yourself and bring shame to everyone above and beneath you.

According to this code, a true warrior should also be completely loyal to those who follow them. Their words and actions are the blueprint for other people to follow. That means they have a great responsibility to other people, and should always step up to it and try to act honorably.

As you can see, the Bushido code is easy to apply to the modern world. We experience many things in our daily lives that require us to bring out our inner warrior. As the ancient samurai taught us, that warrior should be brave, compassionate, and honorable.

Personal Development
The Benefits of Self-Respect for You, Others, and the Whole Planet

The fact that the world we live in can be improved is something that influences and moves many people. Most…

Personal Development
Dear Me, I'm Sorry I Hurt You

Dear Me, I'm sorry I hurt you. Now that you're in front of the mirror, and I'm brave enough to look at you, I want you to listen to me.…

Personal Development
Stage Fright and the Fear of Failure

Most people have felt stage fright and the fear of failure at some point or another. These are normal sensations…