Don't Take Responsibility for Rude People and Their Actions 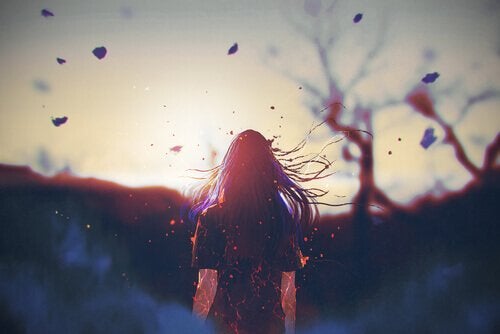 Harmful comments and attitudes can affect us on different levels. However, you shouldn’t believe they’re your responsibility. When people act inappropriately around you, remember that they’re the ones behaving in an incorrect way, not you. Rude people aren’t your responsibility. Make sure you bear this in mind.

There’s nothing in the world that justifies someone treating someone else inadequately. Rude gestures, bad words, or simply bad attitudes should never be justified. However, we often pay a lot of attention to those things and constantly let ourselves be affected by other people’s behaviors towards us.

If we pay attention to said behaviors, rude people may end up feeling accomplished, proud, and even happy. They start thinking there’s nothing wrong with what they’re doing and that their bad attitude is just a reflection of reality when, in fact, it’s quite the opposite. There’s no validity to their actions since they only reflect their darkness and internal conflicts.

Why is it better to just ignore rude people?

Try not to pay attention to insults, criticism, and unwanted opinions. Words will only affect you as much as you let them. If you give rude people permission to affect you personally, you’re allowing them to hurt you, both in that moment and afterward.

However, we all can learn something from the bad feelings and thoughts that those behaviors produce. A huge universal truth you might have heard before is that some people come into our lives to teach us not to be like them.

Mutual respect and good treatment are essential values that will help you lead a healthy, fulfilling, and peaceful life. This means that people who treat others badly basically dig their own graves. By acting so negatively towards other people, they don’t allow themselves to be at peace with the world.

The best way to protect yourself from rude people is ignoring them. Emotional bonds are important and valuable, and we must look after ourselves if we don’t want to get hurt. This is why it’s vital for us to stay away from those who just want to damage our self-esteem and make us feel inferior.

If you’re constantly around people who do nothing but try to bring you down, it’s best for you to get away from them as soon as possible. Rude people only look to hurt others. They only focus on themselves and what they want to achieve. This means they’ll keep hurting you if you don’t set boundaries.

In this sense, instead of focusing on what those people are doing, concentrate on what you can learn from their actions. This can give you the opportunity to grow on a personal level and work on your self-esteem and inner strength.

Betrayal, selfishness, and arrogance are sharp daggers that hurt very badly. But honestly, the most painful part of it all is ending up seeing the true colors of those people who used to be our friends. Every now and then, we start to see someone’s true intentions when they can’t get anything out of us anymore and we’re basically useless for them.

Becoming aware of your so-called friend’s real intentions can be quite difficult to process. You don’t only grieve when a person dies. You can also grieve in this situation since that person who was so important to you ended up betraying you.

However, don’t let this discourage you. Go ahead and analyze your priorities and don’t let this get in the way of making new friendships. Establishing bonds with other people might not be the easiest thing to do, but our social nature makes it a necessity.

How to Detect Negative People
How can you detect negative people and start to recognize their behavior? There are many different stereotypes and fallacies that distract from other Read more »
Link copied!
Interesting Articles
Psychology
The Secret to Change Is Focusing Your Energy on Something New

Do you dare to look towards your dreams instead of your past? That's the question you need to answer if…

Psychology
5 Tips to Help You Disconnect from Your Job

It isn't easy to disconnect from your job. We're used to our routines. And we're constantly on the alert, with our phones…

Educating is not easy, and it is even less so when it comes to teaching how to think. This requires effort…

Psychology
Stop Sitting and Waiting for Life to Happen