Pity is a common, but unproductive emotion. Although it's easy to feel pity for someone, it’s much more difficult to feel compassion. Feeling compassion implies action. Read on to see why compassion is so important in today's society. 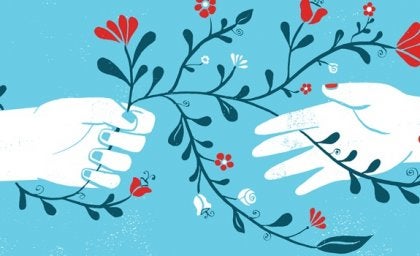 The world needs more compassion. However, most people limit themselves to feeling pity for the poor, for migrants, and for the most marginalized members of society. Pity is a passive emotion and doesn’t require any action. Compassion, on the other hand, is more complex and it’s the only emotion that motivates you to try and mitigate others’ suffering.

These days, the word “compassion” makes people uncomfortable. No one wants other people to feel compassion towards them because if someone shows them compassion, it sort of implies that they aren’t at their same level.

“Pity costs nothing, and it aint worth nothing.”

Compassion is an exceptional tool that helps you achieve several things. It helps you see the world through a more humane, affectionate, and sensible lens. Not only that, but feeling compassion also makes you feel genuinely committed to easing pain and doing whatever you can to right wrongs. Self-compassion is also important. You have to be proactive about your wants and needs.

In short, feeling pity isn’t enough. It isn’t enough to see someone suffering and only put yourself in their shoes for a few seconds. You can’t just forget about the people you see. You need to take action and have to be committed to others and yourself.

People often forget the psychological implication of certain terms. The word “pity,” for example, is very interesting. Some people say that when you experience pity, you feel the most basic kind of empathy. You’re capable of connecting with others’ suffering and understanding their personal situation.

However, feeling pity for someone doesn’t just mean empathizing with them. Usually, you also feel a sense of superiority. There’s evidence of what makes you “better” than the other person, such as your social status, economic status, or even the physical distance of the human species itself when you feel pity for an animal.

Thus, we can conclude that compassion responds to a confluence of three basic components:

Empathy and compassion aren’t the same. Although most of us empathize with other people’s emotions, that connection doesn’t always lead to action. Compassion requires an action that stems from emotions but that also seeks a specific goal: to improve another person’s situation.

An instinct worth rediscovering

The world needs more compassion. It needs more people who don’t just think about others’ suffering but help them through it.

However, as we discussed in the beginning, compassion is complex and sometimes uncomfortable. You probably don’t like it when other people are being sympathetic. In fact, most people are even a little reluctant to receive help.

Nevertheless, a group of scientists at the University of California, Berkeley believes that we’re able to recover this “primal instinct.” Compassion could be the natural and automatic coping mechanism that has allowed us to survive as a species.

Other studies show that children as young as two and three display compassionate behavior towards other children. This kind of positive behavior has disappeared over the last few years due to our social condition.

Interestingly, Dr. Dachner Keltner, one of the study researchers, shared a very interesting fact. The famous phrase about the survival of the fittest that’s attributed to Charles Darwin wasn’t actually something he said or wrote. The phrase was actually coined by Herbert Spencer and other social Darwinists who wanted to justify their class and racial superiority.

Compassion Opens our Hearts and Makes us Happier
Compassion is one of the most important human emotions. Even more than that, it is an important ability that can positively affect everyone involved. Read more »
Link copied!
Interesting Articles
Human Relationships
Giving Condolences: What's the Best Way?

Each and every one of us will have to go to a funeral at some time or another, either because…

Love is a feeling we experience towards another person, someone to whom we wish all the best in life and…